SYDNEY — The U.K. is looking to Australia for inspiration in dealing with post-Brexit immigration, with Britains Home Office announcing it has commissioned a review of the Aussie system.

Boris Johnson, a long-time admirer of the Australian model, made it a centerpiece of his first speech to the House of Commons after replacing Theresa May as prime minister.

“For years, politicians have promised the public an Australian-style points-based system,” Johnson said. “I will actually deliver on those promises.”

But heres something British politicians dont talk about: The Australian system was never designed to cut migration or to stop migrants taking Australian jobs, as Johnson has hinted it would do for the U.K. — just the opposite.

The Migration Advisory Committees report on the Australian model isnt due until January 2020. But who wants to wait that long? Heres POLITICOs guide.

the points-based program so beloved by some British politicians is only one aspect of the Australian system — and its a drop in the ocean.

The current iteration of Australias points-based system was rolled out in the mid-1990s to boost the countrys intellectual resources and fill gaps in the labor force.

Under this system, authorities assign points to would-be migrants for desirable characteristics such as youth, level of education, English and foreign language skills and work experience. A pre-determined number of people whose occupations are on a most-wanted list and who score the highest number of points are then invited to apply for a visa, without needing to have a job offer lined up.

People aged between 25 and 33, with “superior” English-language skills, at least eight years of skilled work experience (preferably in Australia), with a high level of education or a trade, who have studied in Australia and speak a foreign language, score most highly on the points test.

Some of the skilled occupations currently on Australias list are surgeons, economists, accountants, actuaries, certain types of engineers and scientists, computer programmers, architects and barristers, and also bricklayers, boat-builders, automotive electricians, panelbeaters, plumbers, diesel motor mechanics, carpenters, tennis coaches, electricians and chefs. These desirable jobs change depending on the labor market — for example, choreographers, geophysicists, footballers and multimedia specialists were added to the list this year, while dentists, anesthetists and watch and clockmakers and repairers were removed. 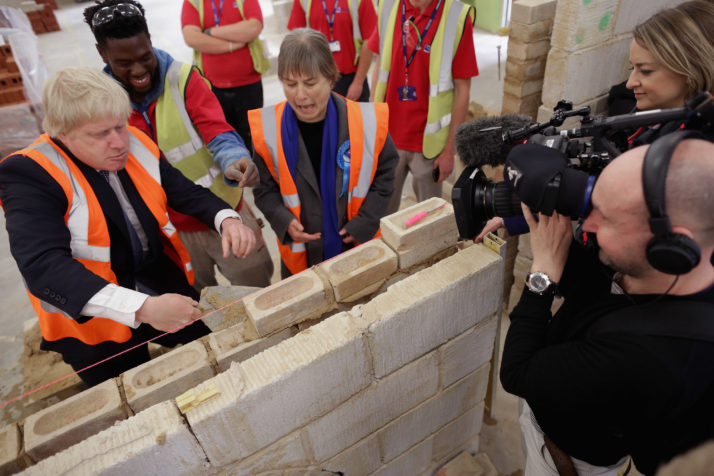 But the points-based program so beloved by some British politicians is only one aspect of the Australian system — and its a drop in the ocean.

In the 2017-18 financial year, the last year for which statistics are available, Australia, which has a population of about 25 million, granted 68,111 points-based visas. Compare that to the more than 3 million temporary visas granted, not counting those for tourists, including 378,292 for students, 210,456 for those on working holidays and 64,470 temporary skilled visas; plus 1.9 million visas for New Zealanders, who are allowed to visit, work and live in Australia — the countrys own version of free movement.

Just as EU citizens are a key source of labor for the U.K.s agriculture and health industries, those temporary migrants take Australias hardest-to-fill jobs.

“Australia has a major source of unskilled migrants … and thats New Zealand,” said Peter McDonald, professor of demography at the University of Melbourne. “And a lot of the temporary migrants, the working-holiday makers, also fill up a lot of the casual, unfriendly-hour type jobs in Australia.”

Meanwhile, in some sectors of the economy in the U.K., such as health and agriculture, cutting off the supply of lower-skilled EU migrants could be disastrous. Particularly as the number of EU workers arriving in the U.K. is already at its lowest level in six years, according to the Office for National Statistics — it has halved since its peak before the Brexit referendum.

The Royal College of Nursing has warned that a sudden end to free movement of EU citizens to the U.K. would cause “untold disruption” to the countrys National Health Service.

And then theres farming.

For Canberra and for the wider Australian population, a high migrant intake is a shortcut to economic growth.

“If you take agriculture, particularly seasonal agriculture, it is heavily, heavily dependent on migrant workers, to the extent that the vast majority of seasonal workers come from EU countries,” said Madeleine Sumption, the director of Migration Observatory at the University of Oxford. Sumption is a member of the U.K. governments Migration Advisory Committee, which has been commissioned to review the Australian system for the Home Office.

“Especially when you look at soft fruit that are difficult to harvest with machines, production has increased significantly since EU expansion, and thats essentially because migrant workers are there to do the picking. It is very difficult to argue that you could simply replace that workforce.

“The debate in this country is really about does the U.K. need that level of growth, does it need to be producing that much labor-intensive produce. Thats a different question.”

When it comes to Australia and migration, international attention in recent years has often focused on reports of horrific conditions at the countrys off-shore reRead More – Source

Surrogate mother of ‘twins’ finds one is hers