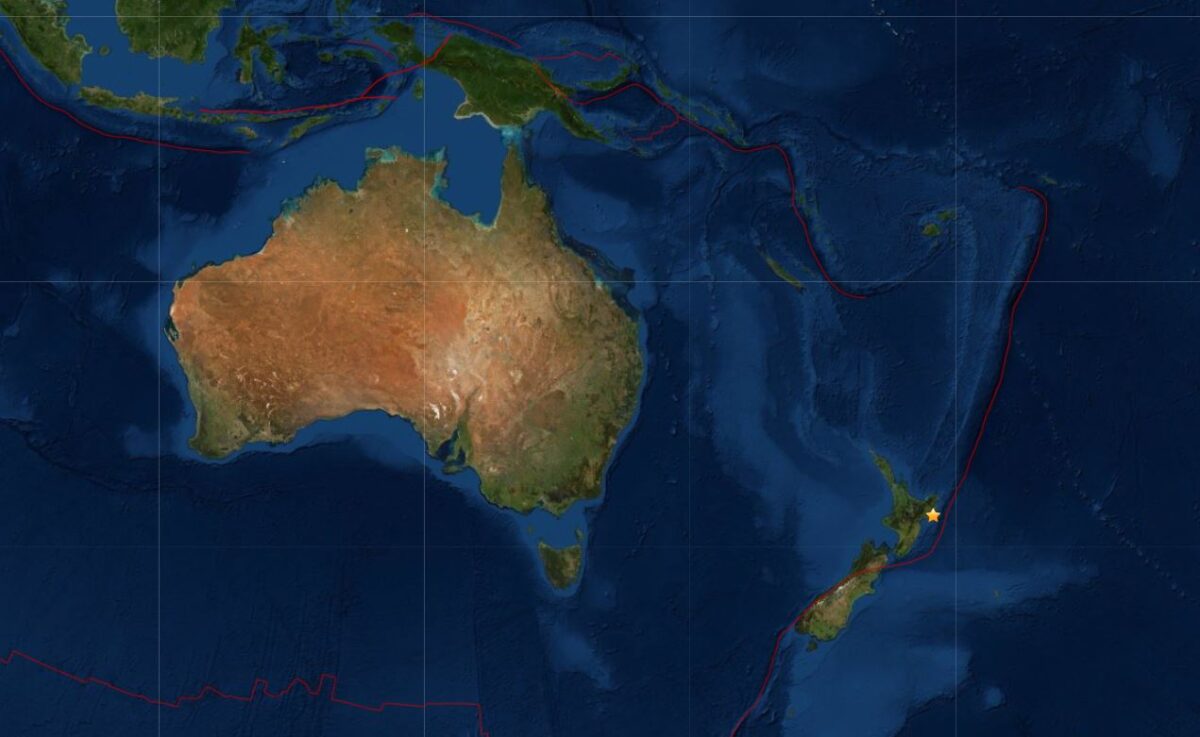 The New Zealand town of Gisborne on the North Island has been hit by a 5.3-magnitude earthquake less than 24 hours after a volcanic eruption on White Island claimed at least 5 lives.

The shallow earthquake struck 25 kilometers south of Gisborne just before 1 p.m. local time. The epicenter of the quake was 29 kilometers deep and felt as far afield as Cambridge, Hunterville, Dannevirke, and even Wellington.

“Over 1,800 people have filled in a felt report for this quake,” GeoNet tweeted.

A M5.3, 29km depth earthquake has just occurred off the coast of Gisborne. This earthquake is unrelated to the eruption at Whakaari/White Island. Over 1800 people have filled in a felt report for this quake. Drop, Cover and Hold during earthquakes #eqnz https://t.co/dE3ezNpqpc pic.twitter.com/5rPUhiAgiB

It was also widely felt in Whakatane, a town 180 kilometers south of Gisborne and the closest city to White Island, where police and emergency responders are still searching for persons gone missing after the volcanic eruption on Monday.

GeoNet said the earthquake is not related to the White Island eruption, which occurred at 2:11 p.m. local time yesterday. The eruption did not trigger a tsunami.

Meanwhile, police said there have not yet been any reports of injuries or damage following todays earthquake.

Five people have been confirmed dead and eight are still missing after yesterdays volcanic eruption, while thirty-one others are in hospital with a range of injuries, including severe burns.

Authorities said that 47 people were on the island at the time of the explosion, some of whom had been walking along the rim of the crater just before the eruption occurred.

Some of those who were exploring the White Island volcano were passengers from the Royal Caribbean cruise ship Ovation of the Seas, which had docked on North Island.

The intense eruption consisted of two explosions in quick succession and sent a plume of steam and ash an estimated 12,000 feet into the air.

One of the rescue boats that returned from the island was covered with ash half a meter (yard) thick, New Zealand Prime Minister Jacinda Ardern said.Read More – Source