KINSHASA/GENEVA (10 January 2020) — Killings, rapes and other forms of violence targeting the Hema community in the Democratic Republic of Congo province of Ituri may amount to crimes against humanity, a UN report released on Friday said.

An investigation conducted by the United Nations Joint Human Rights Office (UNJHRO)* in the DRC established that at least 701 people have been killed and 168 injured during inter-ethnic tensions between the Hema and Lendu communities, in the territories of Djugu and Mahagi, from December 2017 to September 2019. In addition, at least 142 people have been subjected to acts of sexual violence, the report said. Most of the victims are members of the Hema community.

Since September 2018, Lendu armed groups have increasingly become more organized in carrying out attacks against the Hema and members of other ethnic groups such as the Alur, the investigators said. Among their objectives is to take control of the land of the Hema communities and their associated resources, they added.

The report documents numerous cases of women being raped, of children — some in school uniforms — being killed, and of looting and burning of villages. On 10 June 2019, in the district of Torges, a Hema man who was trying to prevent armed assailants from raping his wife witnessed his 8-year-old son being beheaded.

“The barbarity that characterizes these attacks — including the beheading of women and children with machetes, the dismemberment and removal of body parts of the victims as trophies of war — reflects the desire of the attackers to inflict lasting trauma to the Hema communities and to force them to flee and not return to their villages,” the report said.

“The violence documented… could contain some elements of crimes against humanity through murder, torture, rape and other forms of sexual violence, pillage and persecution.”

Schools and health clinics have been attacked and destroyed. The report said most attacks occurred in June around the harvest period, and in December during the sowing season. “This makes it more difficult for the Hema to cultivate their fields and exacerbates their lack of food,” the report said.

Since February 2018, almost 57,000 people have taken refuge in Uganda and more than 556,000 have fled to neighbouring regions, according to the UN refugee agency, UNHCR. Several camps and villages where the Hema have taken refuge have been stormed, burned and destroyed by Lendu armed groups, the report said.

UN investigators also documented, between December 2017 and May 2018, acts of reprisal by some members of the Hema communities, including the burning of villages and isolated attacks targeting the Lendu.

Army and police forces deployed since February 2018 have failed to stop the violence, the report stated, adding that the security forces themselves had committed abuses such as extrajudicial executions, sexual violence, arbitrary arrests and detention. Two police officers and two soldiers have been convicted by Congolese courts.

The UN Joint Human Rights Office recommends that the DRC authorities address the root causes of the conflict, such as access to resources including land, and maintain ongoing reconciliation efforts between the two communities. It also calls for a strengthened presence of state institutions and armed forces in the area to ensure the security of all communities and their peaceful cohabitation.

The report urged the authorities to conduct an independent and impartial investigation into the violence, in addition to ensuring the right to reparation for victims and their access to medical and psychosocial care.

** The UN Joint Human Rights Office, which was established in February 2008, comprises the Human Rights Division of the UN Stabilization Mission in the DRC (MONUSCO) and the Office of the High Commissioner of Human Rights in the DRC.* 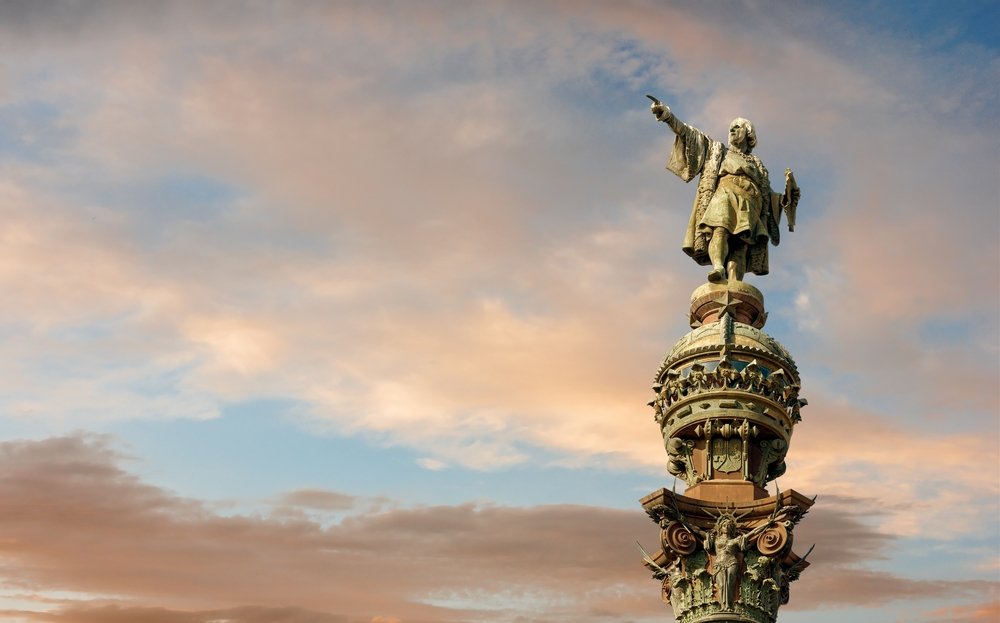 It has long been known that Columbus was buried in Valladolid after his death there in 1506 but the exact location of his tomb was not known until now.

Three years later his remains were taken to his family mausoleum in the southern city of Seville, and were moved several more times over the following centuries before returning to Seville in 1898.

Using DNA samples from bone slivers taken from the Seville tomb, a forensics team led by the University of Granada confirmed in 2005 that the remains kept there did in fact belong to Columbus.

Researchers have now determined that he was first buried in the San Francisco convent in Valladolid which no longer exists, Spain’s Naval Museum, which helped coordinate the study, said in statement.

The site is currently a commercial zone near the spacious Plaza Mayor, a broad, pedestrianised expanse surrounded by arcaded buildings painted red.

Researchers took samples of elements from the Seville burial sport — lead, brick, golden threads — and found they matched with the location of the spot in Valladolid which was excavated, it added.

Historians and archeologists have since recreated in 3D the dimensions the chapel in Valladolid that housed the remains of Columbus.

In 1544 his remains were moved from Seville to Santo Domingo, which is the capital of the Dominican Republic, in accordance with the instructions he had left behind.

In 1795 his bones were moved to Havana before being shipped back across the Atlantic and returned to Seville in 1898.

The Dominican Republic claims Columbus is buried at an ornate lighthouse in Santo Domingo.

The teams behind the 2005 DNA study said that while they are convinced the bones in Seville are from Columbus, the tomb in Santo Domingo might also hold part of his remains.

Columbus, long hailed by school textbooks as the so-called discoverer of “The New World,” is considered by many to have spurred years of genocide against indigenous groups in the Americas. 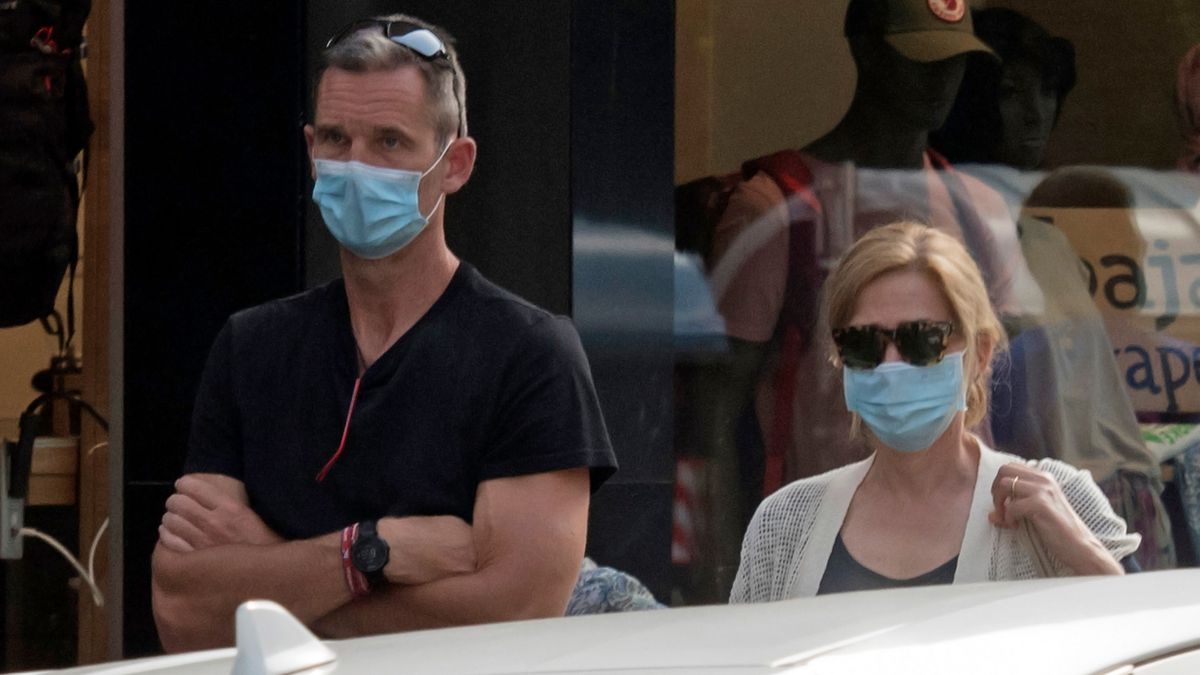 The sister of Spain’s King Felipe VI, Cristina de Borbón, and her husband Iñaki Urdangarin have decided to “interrupt” their marriage, according to a press release published Monday by Spanish news agency EFE.

“By mutual consent, we have decided to interrupt our marital relationship. Our commitment to our children remains intact. Given this is a private decision, we ask for utmost respect for everyone around us,” the document stated.

The former Olympic handball champion was sentenced to prison in 2018 in connection with a financial crimes scandal known as the Nóos case, and the Infanta – a title Cristina bears for being the daughter of a king – was questioned in court over the matter, although she was later cleared of all criminal charges. Urdangarin has since been moved to an open regime and only reports to prison once a week.

The public announcement comes after Urdangarin was photographed holding hands with another woman last week in Bidart in southwestern France. When asked about his relationship to the woman in question, Ainhoa Armentia, a 43-year-old from the Basque city of Vitoria, Urdangarin replied: “These things happen.”

The relationship between Cristina de Borbón and Iñaki Urdangarin officially began in 1996 at the Olympic Games in Atlanta, where Urdangarin was competing as a member of the Spanish handball team. One year later, they married in a church in Barcelona in a ceremony attended by 1,500 guests. The couple have four children together.

In June 2018, Urdangarin was sentenced by the Supreme Court to six years and three months in prison for his involvement in the Nóos case. He was found guilty of tax fraud, embezzlement and influence peddling, and entered prison on June 18, 2018. He has served five years and 10 months at Brieva penitentiary, and is now allowed to serve out the remainder from home.

Last year, the former Duke of Palma – who was stripped of his title following the scandal – was granted permission to move to a more flexible prison regime, meaning he could serve the remaining 11 months of his sentence from home. Under this regime, Urdangarin does not need to wear an electronic bracelet that tracks his movement, and is only subject to weekly in-person meetings and phone check-ins. Since then, he has been living in Vitoria with his mother, Claire Liebaert, who is in poor health.

The new regime also allowed Urdangarin to start working at the accounting firm Imaz & Associates, which has a good relationship with his family. But the frequency in which the former duke was seen in the streets during working hours – under the pretext that he was teleworking – prompted prison authorities to recommend he work in the office in person. There he met Armentia, a married woman whose marriage was not going well, but who continued living in the same apartment as her husband.

Since the photograph was taken last Wednesday, a scrum of photographers and reporters have been waiting long hours outside the accountancy firm to get a statement from Urdangarin and Armentia. According to sources close to the owner of Imaz & Associates, the media attention has made the director question his decision to hire the former duke, which he did as a personal favor to his family. The media attention has also surprised Armentia, who until a few days ago was just an anonymous accountant with two young children.

According to sources close to the Royal Household, news of Urdangarin’s relationship with Armentia also caught Cristina de Borbón off guard.

In June 2015, Felipe VI stripped his sister of the title of Duchess of Palma after the latter repeatedly refused to give up her hypothetical rights to the throne (she is sixth in line of succession). The decision was made a week after the first anniversary of Felipe’s reign, as the monarchy was going through an institutional crisis derived partly from the Nóos scandal.

After Felipe’s father Juan Carlos I abdicated the throne in 2014, the Royal Household announced that membership in the royal family was being reduced to include just Felipe and Queen Letizia, their daughters Leonor and Sofía and Felipe’s parents Juan Carlos I and Doña Sofía. Felipe’s sisters, the infantas Elena and Cristina, were excluded from this group and do not receive any allowances from the Spanish budget. 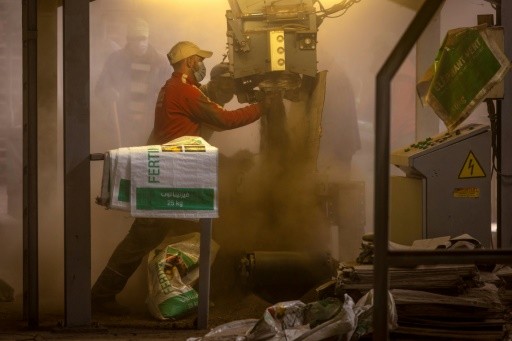 africanews– In Morocco, a Swiss company is helping to process organic waste.

EV or Green Elephant has an annual turnover of 40,000 tonnes of compost and organic fertiliser.

In Morocco, nearly 80% of household waste is organic compared to less than 30% in Europe.

“Our sector of activity is the recovery of agricultural by-products through an industrial process called composting. There are different raw materials of vegetable and animal origin that are mixed together, with well-defined ratios”, says Mohamed El Kabous, EV production manager.

Traditionally, in Morocco, most household waste is buried.

According to official data, 66 illegal dumps have been rehabilitated so far.

“All our products are organic and can be used in organic farming to replace some of the chemical fertilisers that kill the soil, and also to participate and offer customers a healthy and sustainable agriculture” promises EV’s production manager.

According to the Ministry of Energy Transition and Sustainable Development, in 2015 only 6% of household waste was recycled.

A national waste programme whose objective was to reach a recycling rate of 20% by 2022 was pushed back to 2030.