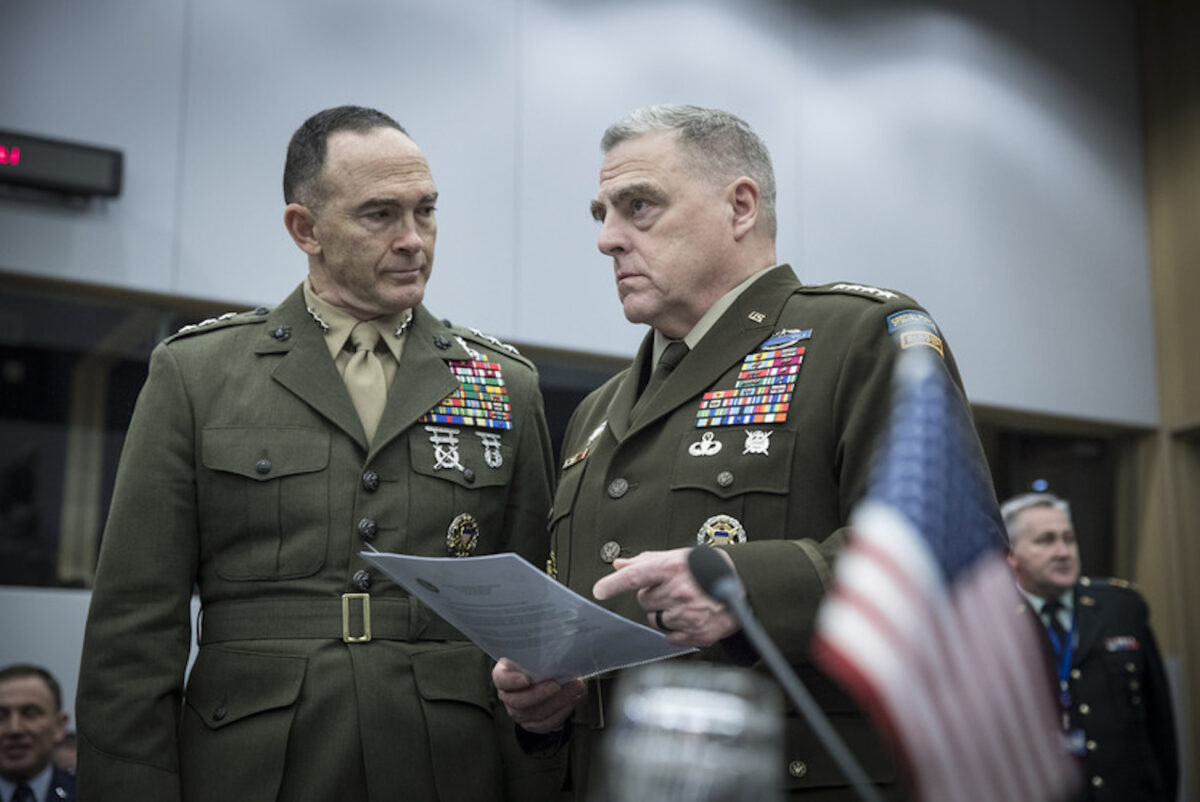 U.S. Army General Mark A. Milley, the U.S. militarys top uniformed official, said that nations of the North Atlantic Treaty Organization (NATO) could not afford to become complacent about its efforts to maintain peace, according to a Department of Defense report.

Milley, who is the chairman of the U.S. Joint Chiefs of Staff, made the remarks during a break in his first meeting of the NATO Military Committee—the highest military council in the alliance—in Brussels, Belgium on Jan. 14. The committee meets three times a year and involves the chiefs of defense from all 29 nations of the alliance discussing how to defend against threats to worldwide peace and security.

“This alliance is important,” Milley said. “Its important to Europe, its important in the United States, and we should not become complacent about it. And things like defense spending and working together and interoperability and maintaining commitments to each other is important for preventing a great power war and in order to maintain peace and stability.”

The intergovernmental military alliance recently announced that it has temporarily suspended its training operations in Iraq to ensure the safety of its personnel, amid tensions in the Middle East after Qassem Soleimanis death on Jan. 2. NATO Secretary-General Jens Stoltenberg recently agreed with President Donald Trump that it “could contribute more to regional stability and fight against international terrorism” in the Middle East.

In the context of recent events in the Middle East, Milley said that he saw support from his counterparts at the meeting for NATO to be more involved in the region. He spoke about the importance of the Military Committee to provide ballistic missile defense support, given that “there are NATO-allied troops at these various camps [in the Middle East] that just took Iranian ballistic missiles.”

Read MorePentagon Says a Dozen Missiles Were Fired From Iran at Iraqi Bases With US TroopsRocket Attack Hits Military Base in Iraq, Pompeo Calls Them Continued Violations

“Right now, the NATO mission in Iraq is somewhere around 500 guys,” Milley said. “Its a noncombat train, advise, assist role … building [Iraqi] capacity to secure themselves. The United States still thinks, and NATO still thinks thats a valid mission and will continue that mission. We have no intention of not continuing that mission.”

In the fight against international terrorism, NATO currently conducts training missions in Iraq and Afghanistan and is a member of the Global Coalition to Defeat ISIS. NATO

The difference between sambo and marriage in Sweden

American provocateur: Why North Korea is going ballistic over missiles