Britain's interior minister Priti Patel said earlier on Friday she will introduce a COVID-19 quarantine for travellers arriving from abroad from June 8, a measure that airlines have warned will devastate their industry.

All international arrivals, including returning Britons, will be required to self-isolate for 14 days and provide details of where they will be staying to the authorities. In France, however, visitors will be invited to voluntarily self-quarantine at home.

"Now we are past the peak of this virus, we must take steps to guard against imported cases triggering a resurgence of this deadly disease," Patel said at a news conference.

Priti said those who breached the quarantine in England could be fined 1,000 pounds ($1,218), and that spot checks woRead More – Source

We will represent France: Video gamers ready for Euro 2020 e-tourney 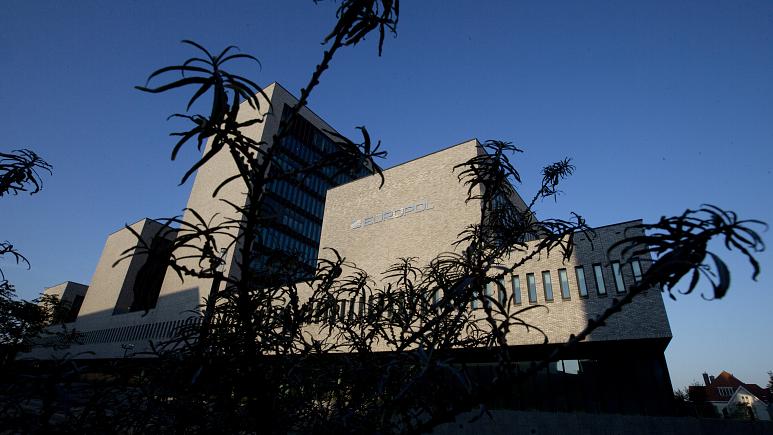 Forty-five people have been arrested in a major international operation against a drug-trafficking network between Brazil and Europe, Europol announced on Friday.

The European police agency also revealed that more than 52 tonnes of cocaine were also seized by law enforcement agencies.

More than one thousand police officers conducted 179 house searches in different countries early on Friday morning, which led to the arrests.

Thirty-eight people were detained in Brazil, four in Belgium, two in the United Arab Emirates, and one in Spain.

Europol, which coordinated the operation, has described the suspects as members of a “highly professional criminal syndicate”.

The drug trafficking network is believed to have imported at least 45 tonnes of cocaine into main European seaports each year, with profits exceeding €100 million over six months.

According to Europol, the criminal network had direct contacts with drug cartels in Brazil and other South American countries that were responsible for preparing and shipping cocaine, transported to Europe via sea containers.

“The scale of cocaine importation from Brazil to Europe under their control and command is massive and over 52 tonnes of cocaine were seized by law enforcement over the course of the investigation.”

The agency also said that the main targets of the operation were identified with support from the French and Dutch-led investigation against the encrypted phone network Encrochat.

Authorities also seized 70 luxury vehicles in Brazil, Belgium, and Spain in the raids as well as 37 aircraft in Brazil.

A further 163 properties were seized in Brazil worth in excess of R$132 million (€20.7 million) as well as two houses in Spain valued at €4 million, and two apartments in Portugal worth €2.5 million.

Ten individuals in Spain have also had their assets frozen as part of the operation, Europol said.

“The scale of the challenge faced today by police worldwide calls for a coordinated approach to tackle the drug trade across continents.”

“The commitment of our partner countries to work via Europol underpinned the success of this operation and serves as a continued global call to action,” he added.

Three continents were involved in the investigation to find the “record haul”, which has been described as the “biggest ever crackdown” of its kind.

The international investigation had been brought together by Europol in April and was led by authorities in Portugal, Belgium, and Brazil.

A car has been driven into the gates of Angela Merkel’s Federal Chancellery building in Berlin, German police say.

A 54-year-old man was detained but the background to the incident was unclear.

The Volkswagen car had messages daubed in white on both sides. One called for an end to “globalisation politics” while another referred to “you damned killers of children and old people”.

It is not known if she was in the building at the time. Germany’s “lockdown light” is expected to be extended until 20 December and the restrictions have prompted protests from Covid deniers and far-right activists.

However, there were indications that Wednesday morning’s low-speed crash was not related to the protests.

An interior ministry spokesman later confirmed German reports that the man detained had also driven into the gate in February 2014. On that occasion the car had different white slogans daubed on the side. One called for an end to climate change while another read simply: “Nicole, I love you.”

Police said they were trying to establish whether the driver on Wednesday had a psychological condition or a particular motive. A government spokesperson said at no point was there any risk to the chancellor or anyone else.

Mrs Merkel is discussing a draft proposal agreed by Germany’s 16 state premiers to keep hotels and restaurants shut and limit private gatherings to five people (not including children under 14). A special Christmas exemption from 23 December to 1 January would allow gatherings of up to 10 people.

German health officials reported 410 deaths from Covid-19 on Wednesday – the highest daily number since the pandemic began. However, Germany has seen proportionally far fewer fatalities than other Western European countries, with a total of 14,771.

Germany has a large protest movement against Covid-19 measures, including many anti-vaccination activists. Protesters rallied in the centre of Berlin last week close to the parliament building, the Reichstag, before the protest was broken up by police.

Angela Merkel, 66, has just marked 15 years as chancellor and is planning to step down from the post next year. She does not live in the chancellery but instead leads a modest life in a Berlin flat with her husband, Prof Joachim Sauer.

Her Christian Democrat (CDU) party is doing well in the opinion polls, partly because of her handling of the pandemic. The government agreed on Wednesday to hold parliamentary elections on 26 September 2021 but the race to succeed Mrs Merkel as the CDU’s candidate for chancellor is still to run.

The CDU will hold an online congress in January 2021 when they are expected to select a new party leadership.

Russian special forces have rescued a seven-year-old boy kidnapped in late September by a suspected paedophile.

Footage shows officers cutting through a reinforced metal door to release the boy and arrest the suspect in the village of Makarikha, east of Moscow.

The operation was co-ordinated by Interpol, after the agency’s officers in the US spotted a dark web user with a possible link to the abduction.

The child, who has not been named, appears to be physically unharmed.

The suspect is a 26-year-old resident of Makarikha village.
In the video released by the Russian interior ministry, the suspect is heard telling the officers that the boy was playing on a computer notebook in the basement of the house.

The boy’s father later told Russia’s Tass news agency that the child was examined by medics and he “was doing well”.

“He is healthy, and hasn’t lost weight,” the father said.

Psychologists have been brought in to help the boy and the family to overcome the experience.

The boy was abducted on 28 September in the nearby village of Gorki after he got off a school bus and was walking home.

Nearly 3,000 people were involved in a massive search operation.

“Today, a young boy is back where he belongs – with his family – thanks to dedicated specialist officers and swift action by authorities around the world,” the international police agency said.

“While we’re truly delighted that this story has a safe ending, many children are still out there awaiting rescue.”

The dark web is a part of the internet that is not visible to search engines and accessible only through specialised tools.