REUTERS: Werder Bremen midfielder Leonardo Bittencourt scored a brilliant first-half winner to seal 1-0 victory at Freiburg on Saturday (May 23) that reignited their hopes of staying in the Bundesliga.

The victory at an empty Schwarzwald stadium on the second weekend of Bundesliga action since the league resumed after the COVID-19 stoppage helped 10-man Bremen reach 21 points from 26 games, boosting their bid to avoid being relegated for the first time in 40 years.

They went ahead against the run of play in the 19th minute when Bittencourt ran on to a superb cross from fellow midfielder Davy Klaassen and finished into the bottom corner from distance for his third league goal of the season.

Formula 1: Monaco to close off city streets for Leclerc rendezvous 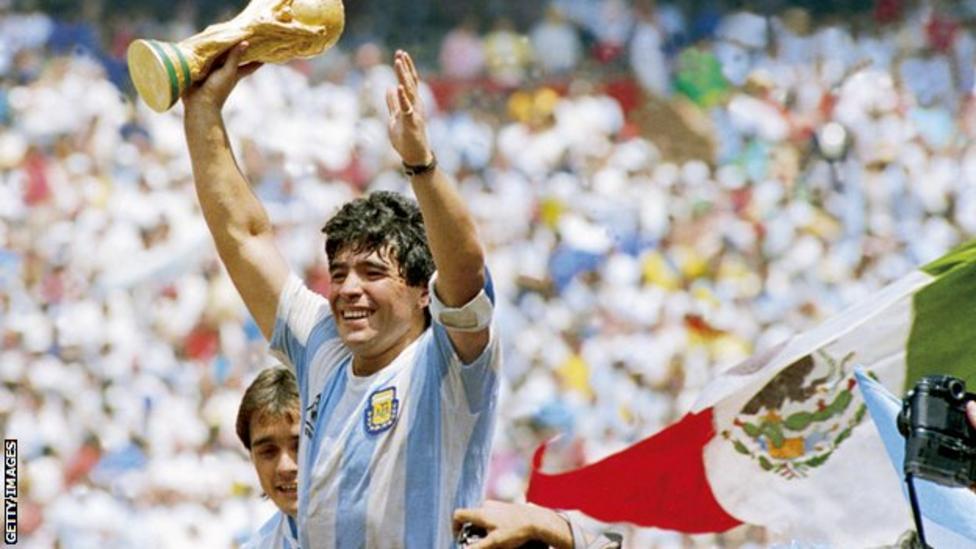 Football legend Diego Maradona, one of the greatest players of all time, has died at the age of 60.

The former Argentina attacking midfielder and manager suffered a heart attack at his Buenos Aires home.

He had successful surgery on a brain blood clot earlier in November and was to be treated for alcohol dependency.

Maradona was captain when Argentina won the 1986 World Cup, scoring the famous ‘Hand of God’ goal against England in the quarter-finals.

“A very sad day for all Argentines and football,” said Messi. “He leaves us but does not leave, because Diego is eternal.

“I keep all the beautiful moments lived with him and I send my condolences to all his family and friends.”

In a statement on social media, the Argentine Football Association expressed “its deepest sorrow for the death of our legend”, adding: “You will always be in our hearts.”

Declaring three days of national mourning, Alberto Fernandez, the president of Argentina, said: “You took us to the top of the world. You made us immensely happy. You were the greatest of them all.

“Thank you for having existed, Diego. We’re going to miss you all our lives.”

Maradona played for Barcelona and Napoli during his club career, winning two Serie A titles with the Italian side. He started his career with Argentinos Juniors, also playing for Sevilla, and Boca Juniors and Newell’s Old Boys in his homeland.

He scored 34 goals in 91 appearances for Argentina, representing them in four World Cups.

Maradona led his country to the 1990 final in Italy, where they were beaten by West Germany, before captaining them again in the United States in 1994, but was sent home after failing a drugs test for ephedrine.

During the second half of his career, Maradona struggled with cocaine addiction and was banned for 15 months after testing positive for the drug in 1991.

He retired from professional football in 1997, on his 37th birthday, during his second stint at Argentine giants Boca Juniors.

Having briefly managed two sides in Argentina during his playing career, Maradona was appointed head coach of the national team in 2008 and left after the 2010 World Cup, where his side were beaten by Germany in the quarter-finals.

He subsequently managed teams in the United Arab Emirates and Mexico and was in charge of Gimnasia y Esgrima in Argentina’s top flight at the time of his death.

Brazil legend Pele led tributes to Maradona, writing on Twitter: “What sad news. I lost a great friend and the world lost a legend. There is still much to be said, but for now, may God give strength to family members. One day, I hope we can play ball together in the sky.”

Former England striker and Match of the Day host Gary Lineker, who was part of the England team beaten by Argentina at the 1986 World Cup, said Maradona was “by some distance, the best player of my generation and arguably the greatest of all time”.

Ex-Tottenham and Argentina midfielder Ossie Ardiles said: “Thank dear Dieguito for your friendship, for your football, sublime, without comparison. Simply, the best football player in the history of football. So many enjoyable moments together. Impossible to say which one was the best. RIP my dear friend.”

Juventus and Portugal forward Cristiano Ronaldo said: “Today I bid farewell to a friend and the world bids farewell to an eternal genius. One of the best of all time. An unparalleled magician. He leaves too soon, but leaves a legacy without limits and a void that will never be filled. Rest in peace, ace. You will never be forgotten.”

Boca Juniors, where Maradona enjoyed two spells and finished his career, gave “eternal thanks” to their former player.

Paris St-Germain and Brazil forward Neymar posted a photo of him as a youngster with Maradona, calling the Argentine a “legend of football”.

Barcelona was the first club outside of Argentina that Maradona played for. He scored 22 goals in 36 appearances between 1982 and 1984.

Another of Maradona’s former clubs, Napoli, paid tribute. He played for the club between 1984 and 1991, making 188 appearances.

‘It was in football he found his peace’ – analysis

He was an everyman Argentine, who lived out a national fantasy with the way he scored his two goals in that 1986 quarter-final win over England.

Scoring those goals, against that opponent, turned Maradona almost into a deity in the eyes of some of his compatriots – with disastrous consequences. Living the aftermath was not easy.

Without the discipline of football, the second half of his life was a chaotic affair.

But it was in football that he seemed to find his peace. As a fan he would turn up at the stadium of his beloved Boca Juniors, take off his shirt, swirl it around his head and lead the chanting.

For many his spontaneity and fallibility were part of the appeal.

His admirers thrived on the way he would fall down only to get back up again. It humanised a figure whose epic life was as mazy as one of his left-footed dribbles. 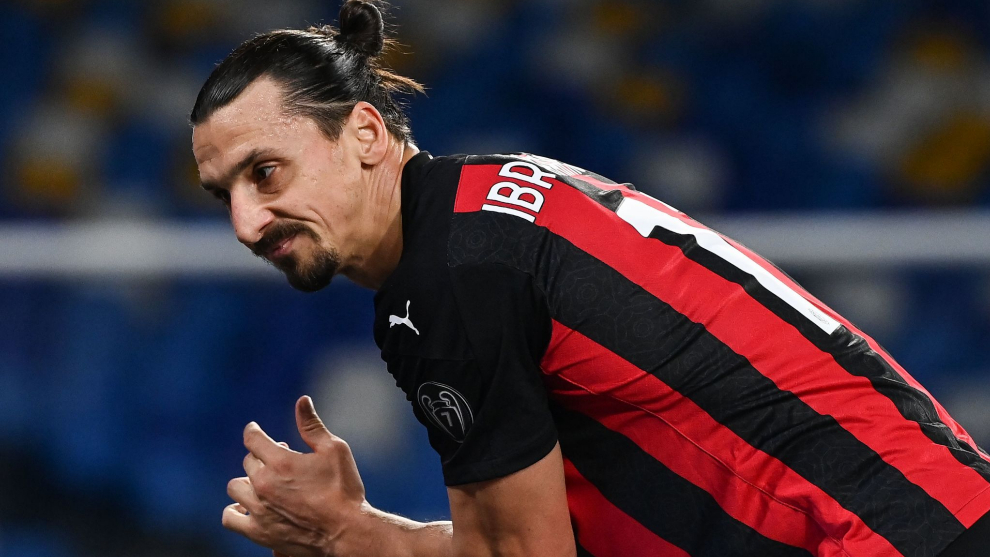 If AC Milan’s 3-1 victory away to Napoli on Sunday really made people sit up and begin to take the Rossoneri seriously as Scudetto contenders, Zlatan Ibrahimovic’s hamstring injury suffered in the same match has done just as much to temper expectations within the club.

The Swedish forward has been the talisman for the Italian giants for pretty much all of the time since he returned to the club in January, however he now faces a month on the sidelines through injury.Fortunately for Stefano Pioli, Ibrahimovic isn’t thought to be at risk of missing the top-of-the-table clashes with both Lazio and Juventus, which are due to be played on December 23 and January 6, but there will need to be a certain amount of reshuffling to replace a player who has already found the net 10 times in six Serie A matches this term.

He left his mark on the match with Napoli by scoring a brace, and he brings so much leadership to the team, as well as goals.His hamstring will be reassessed in 10 days’ time, but the usual recovery timeframe for these injuries is around 3-4 weeks.Whilst the Juventus match shouldn’t be impacted, Ibrahimovic will miss crucial Europa League matches against Lille and Celtic, whilst Fiorentina will relish facing Milan without the Swede on November 29

FC Barcelona’s presidential elections will be held on January 24, 2021, as decided by the club’s interim managerial board on Thursday evening. Due to the coronavirus pandemic, voting will be decentralized rather than being held solely in the club’s usual Camp Nou ground.

Speculations about the date had occurred in the last few weeks, with some reporting the elections would take place on January 15.

This comes after scandal-ridden ex-president Josep Maria Bartomeu quit on October 27 to be replaced by current interim president Carles Tusquets.

Bartomeu’s departure came ahead of a censure motion planned for the weekend following his exit. He stated his decision to leave the position was due to coronavirus concerns over the possible vote of no confidence.

Ten pre-candidates will be announced for members to choose from, seven have already been confirmed officially whilst three others are expected to in the coming days.

Although decentralization has been agreed, the exact voting process remains to be decided.

Telematic voting has been virtually ruled out. The two leading options would be setting up different polling stations across Catalonia or extending the voting period over two days.

In the end, the club will be forced to adapt to the evolving Covid-19 situation in the area, and they will meet at the weekend with the Catalan health and sports ministers to further discuss the issue.

The date of the start of the electoral campaign has, however, yet to be revealed. It is expected that once it begins, this will cut out around half of the possible presidential candidates, as they all need 2,257 endorsements to make the cut.

Much hope is being placed on the presidential election after a string of bad events for the men’s football team. In the Champions League, the club suffered their worst defeat, 2-8 against Bayern Munich in August.

This was followed by the surprise announcement by football star Leo Messi that he wanted to quit the club last September, although he did not quite following a legal back and forth with Bartomeu.