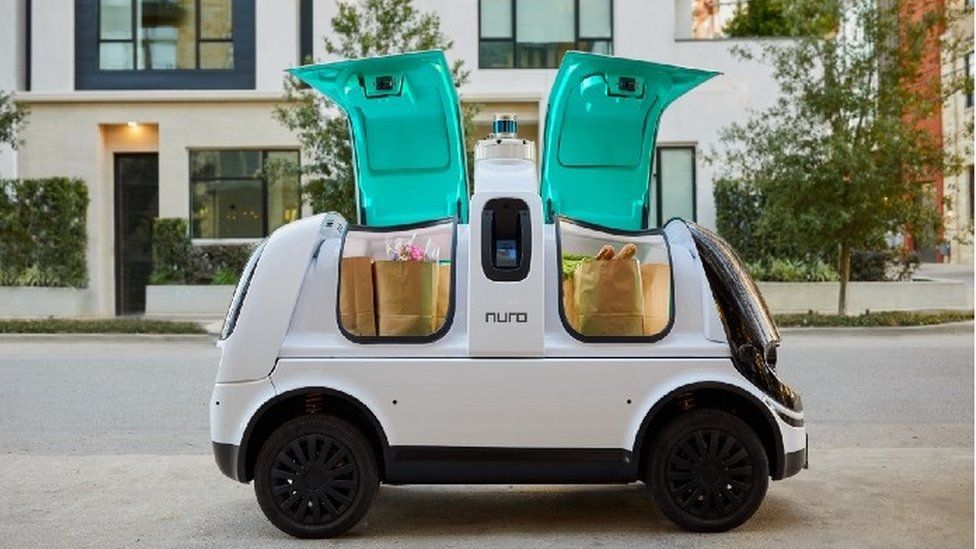 California has given the go-ahead for a commercial driverless delivery service for the first time.

Robotics start-up Nuro plans to start its driverless delivery operations as early as next year.

It previously tested its R2 vehicles in the state in April, but the permit will let it charge people for its service.

The firm’s vehicles will be limited to 35mph (56km/h), and will be restricted to operating in “fair weather” conditions.

“Issuing the first deployment permit is a significant milestone in the evolution of autonomous vehicles in California,” said California Department of Motor Vehicles director Steve Gordon.

“We will continue to keep the safety of the motoring public in mind as this technology develops.”

Nuro was founded by two former Google engineers and has funding from Japanese firm Softbank.

Its vehicles are designed to operate without a driver or passengers in them.

The R2 uses radar, thermal imaging and 360-degree cameras to direct its movement. And it lacks a steering wheel, pedals or side-view mirrors.

The vehicle has an egg-shaped frame that is smaller than most cars in the US. It also has two temperature-controlled compartments for deliveries. Doors raise up to reveal the items once a code has been entered by the recipient.

During a previous trial in Houston, Texas, in February, the R2 delivered pizza for Domino’s Pizza, groceries from supermarket chain Kroger and goods for Walmart.

Even so, one transport expert said safety issues would continue to be a concern.

“It will be very limited to begin with while the technology is thoroughly evaluated,” said Prof David Bailey from the University of Birmingham.

“So, for example, the vehicles will only be allowed on ‘surface streets’ with their speed limited to 35mph, and the smaller Nuro delivery bots will be limited to just 25mph.

“It’s essentially a limited trial, but still a significant step towards a driverless future.”

A similar service, backed by the online tech and retail giant Alibaba, is currently being trialled in China’s biggest city, Shanghai.

If you want to travel next year, you may need a vaccine passport

China surveillance of journalists to use ‘traffic-light’ system 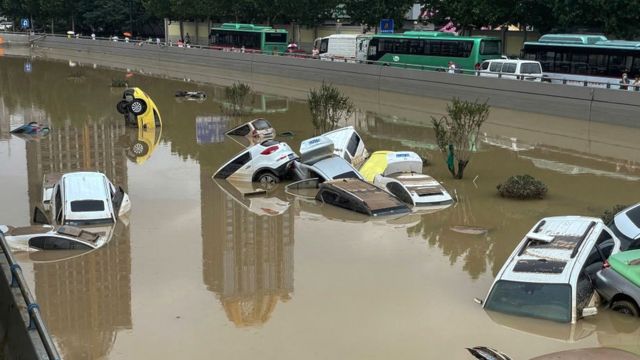 bbc– The Chinese province of Henan is building a surveillance system with face-scanning technology that can detect journalists and other “people of concern”.

Documents seen by BBC News describe a system that classifies journalists into a “traffic-light” system – green, amber and red.

Journalists in the “red” category would be “dealt with accordingly”, they say.

The Henan Public Security Bureau has not responded to a request for comment.

The documents, discovered by the surveillance analyst firm IPVM, also outline plans to surveil other “people of concern”, including foreign students and migrant women.

Human Rights Watch said: “This is not a government that needs more power to track more people… especially those who might be trying to peacefully hold it accountable.”

The documents, published on 29 July, are part of a tendering process, encouraging Chinese companies to bid for a contract to build the new system, won, on 17 September, by NeuSoft.

NeuSoft has not responded to BBC News request for comment.

The system includes facial-recognition technology linked to thousands of cameras in Henan, to alert authorities when a “person of concern” is located.

“People of concern” would be categorised into “thematic libraries” – in an already existing database of information about and images of people in the province.

The system would also connect with China’s national database.

One of the groups of interest to the Henan Public Security Bureau is journalists, including foreign journalists.

“The preliminary proposal is to classify key concerned journalists into three levels,” the documents say.

“People marked in red are the key concern.

“The second level, marked in yellow, are people of general concern.

“Level three, marked in green – are for journalists who aren’t harmful.”

And an alert would be triggered as soon as “journalists of concern”, marked as “red” – or “yellow”, if they had previous criminal charges – booked a ticket to travel into the province.

“The safety assessment is made by focusing on the daily attendance of foreign students, exam results, whether they come from key countries, and school-discipline compliance,” the documents say.

The schools themselves would need to notify the authorities of students with security concerns.

And those considered to be of concern would be tracked.

During politically sensitive periods, such as the annual meeting of the National People’s Congress, “a wartime alarm mechanism” would be activated and tracking of “key concern” students stepped up, including tracking their cell phones.

The documents outline a desire for the system to contain information taken from:

It should also focus on “stranded women”, or non-Chinese migrant women who do not have the right to live in China.

A large number of women enter China to find work.

Others have been trafficked from neighbouring countries.

And the system would “dock” with the National Immigration Bureau, the Ministry of Public Security and Henan police, among others.

The documents were published around the time the Chinese government criticised foreign media outlets for their coverage of the Henan floods.

“These documents shed light on what China’s public-security officials want from mass surveillance.”

China’s facial-recognition system is thought to already be in use across the country.

And last year, the Washington Post reported Huawei had tested artificial-intelligence software that could recognise people belonging to the Uighur ethnic minority and alert police.

Human Rights Watch’s China director Sophie Richardson said: “The goal is chilling, ensuring that everyone knows they can and will be monitored – and that they never know what might trigger hostile interest.” 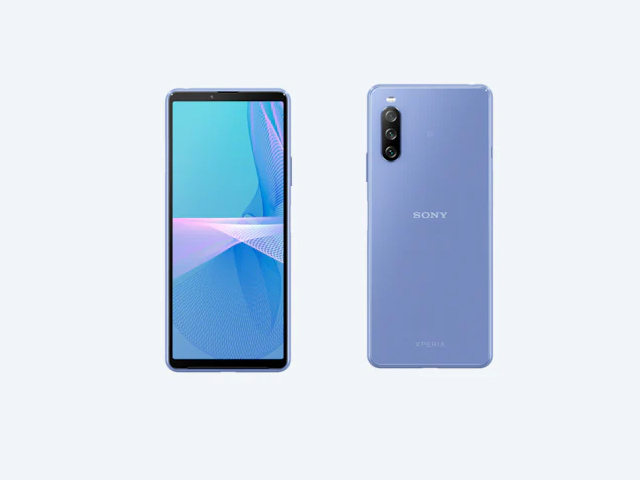 independent– Qualcomm has announce a major rebrand of its Snapdragon chips, in a move that could make choosing a phone vastly more simple.

The company sells its Snapdragon chips to a vast range of other companies – such as Samsung, HP and OnePlus – which use them to power devices including mobile phones, watches and laptops.

But comparing those devices can often be difficult, because of the confusing name of those Snapdragon processors, which are marked by a host of complex numbers. Since processors are at the heart of the devices, it can therefore be difficult to know whether a given phone is better than another.

But Qualcomm now says that it will simplify its branding in a host of ways, most of which bring new branding to the line.

The most obvious one is that the Qualcomm and Snapdragon brands will be separated. While they will still be owned by the same company as before, the Qualcomm will be removed from the chips itself.

More usefully, however, those complicated names will be changed.

Until now, Snapdragon products have come with three different names. Each of the numbers was intended to show where it was in the line-up: the first indicating the power, the second what generation, and the third used to separate different products within those generations.

But that was difficult to know and to compare. It also led to struggles with Snapdragon running out of names – it has a Snapdragon 695, for instance, and so only space for four more chips in that line-up.

Instead, it will move to a “new simplified and consistent naming structure for our platforms makes it easier for our customers to discover and choose devices powered by Snapdragon”, it says. “This means our mobile platforms will transition to a single-digit series and generation number, aligning with other product categories — starting with our newest flagship Snapdragon 8-series platform.”

It did not give information on what that new naming system would be, and promised more information would be revealed at another event on 30 November. 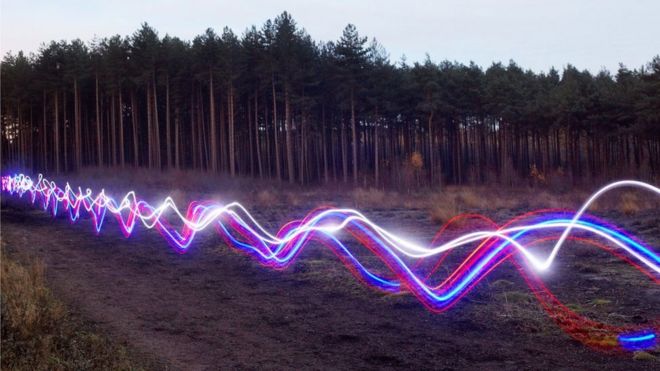 bbc– A fast internet connection is now one of the most important factors for homebuyers, according to a survey of 294 estate agents across the UK.

Questions about connectivity, usually “full fibre” broadband, are up 69% since the pandemic began, the research, by Omdia for telecoms equipment maker Huawei, suggests.

Asked to name the single most important factor is for homebuyers:

“In many cases, customers feel that good internet is a ‘must have’,” James Hummerstone-Pope, from Purple Bricks, said.

“And poor wi-fi and a bad mobile signal can be a deal breaker.

“And people will sometimes walk away from a property if they feel the broadband and phone signals aren’t good enough.”

The government has promised to “bring full-fibre and gigabit-capable broadband to every home and business across the UK by 2025”.

And research from telecoms regulator Ofcom suggests 18.2 million homes (62%) already have access to 300Mbps or faster.

But only a fraction pay for such high speeds.

And the average UK speed is actually 50.4Mbps.

In Scotland and the South West, good broadband is the most important factor for homebuyers, the survey suggests.

But London-based estate agent Foxtons said while buyers considered the internet important – “particularly since the start of the Covid-19 pandemic” – it was usually outweighed by other factors.

“Choosing which property to purchase is an incredibly complex decision that depends on numerous different factors,” a representative said.

“In our experience, the price and perceived value for money, the size and type of property, provision of outside space, as well as proximity to local amenities and schools are some of the most critical factors in the decision-making process.”