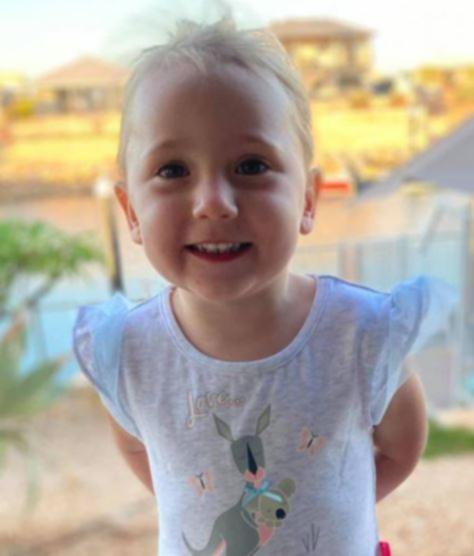 bbc– Australian police say they have “grave concerns” for a four-year-old girl who disappeared from a remote coastal campsite at the weekend.

Cleo Smith was last seen sleeping in her family’s tent at the Quobba Blowholes camping ground in Western Australia early on Saturday morning.

Her mother said early the next morning the tent was open, and the girl was gone, along with her sleeping bag.

An extensive air-and-sea search is continuing.

“Everyone asks us what what we need and all we need is our little girl home… The worst part is, we can’t do anything more. It’s out of our hands so we feel hopeless and out of control.”

The case has attracted national attention.

Authorities have not disclosed any information on what they think happened to the girl, but have said they will “leave no stone unturned”.

On Tuesday morning, regional Inspector Jon Munday told breakfast TV show Sunrise that investigators could not rule out the possibility that she might have been “taken and removed from the area”.

“Quite a lot of people” had been staying at the campsite when Cleo went missing, he added, and police were “tracking and tracing” everyone who had been there on Friday night.

Australian media reported that Cleo’s family had travelled to the remote site, about 900km (560 miles) north of Perth, at the weekend for a camping trip.

The Quobba Blowhole site, in Macleod, is a local attraction on the state’s Coral Coast – known for its windswept ocean scenery, sea caves and lagoons.

Ellie Smith said she had put Cleo to sleep after dinner on Friday night, seeing her again at 01:30 when she woke up asking for water.

Cleo was sleeping on an air mattress next to her younger sister’s cot, in a separate room of the family’s tent, Ms Smith said. She saw the tent open and Cleo gone at 06:00 when she went to give her youngest daughter a bottle, she added.

“We went looking, trekking, making sure she wasn’t around the tent,” Ms Smith said.

“Then we got in the car and started driving around everywhere… We realised we had to call the cops because she wasn’t here.”

At times, bad weather has hampered the search. However on Tuesday, police crews were seen scouring the deserted white beaches and scrubby bush for signs of Cleo. Private helicopter services and mounted police also joined the effort.

Police said they had focused their search on a row of shacks near the coastline.

By late Monday, they had scaled back their search efforts from the water, local media reported. 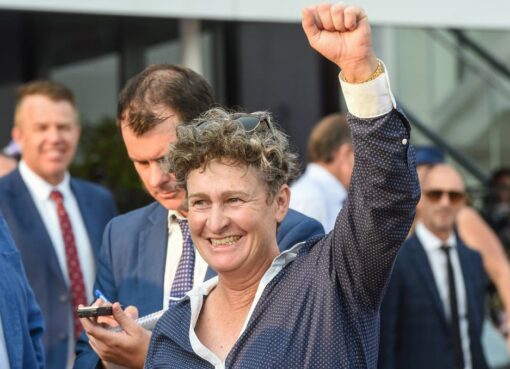 skynews– The owner of a popular Melbourne cafe says he “can’t believe what had happened” after he turned up to work to find a death threat stuck to his door.

Simos Kandias, owner of Briki cafe in Thornbury, received a call in the early hours of Monday morning to news the windows and doors of his cafe had been shattered.

“I was informed at 4am by my delivery guys my windows had been smashed,” he told Sky News Australia.

Mr Kandias then found a note stuck to his door which wrote: “Do what Daniel Andrews says and we will burn your shop down and kill you motherf**kers”.

“I don’t feel safe, not fully, no,” he told Sky News Australia.

“That’s why I’m looking at taking other measures, upgrading my security and possibly installing shutters.”

Photos posted on social media show the main window and door had been smashed with a brick, and a death threat had been taped on top of his COVID safe check-in displays.

A photo taken from inside the cafe displayed shattered glass spilling on the bench and a knife on the ground.

Mr Kandias posted the news to a local Facebook group, urging fellow business owners to upgrade their security if they have the means to.

“Hey guys, you might have heard about the damage at our cafe this morning. Really sad and uncalled for,” it wrote.

“I’m just trying to operate in a COVID-safe manner. I’m really disappointed and sad but we will be ok.

“To the fellow business owners, please upgrade your security if you can and protect yourselves as much as possible. Thank you for your amazing support. Stay safe people.”

“Police are investigating a report that a brick was thrown through a café window in Thornbury overnight and a threatening note left,” a spokesperson said.

“The investigation is ongoing.”

Locals have taken to Facebook to voice their support with Ged Kearney, MP for Cooper in Victoria condemning the act on Facebook last night.

“One of our favourite local cafes was brutally attacked by anti-vaxxers last night,” she wrote.

“They smashed windows and left notes threatening to burn the shop and kill those who work there.

“This is not okay. Whatever your opinions may be on mandatory vaccinations, everyone should feel safe at work.

“I’m looking forward to returning to Briki Cafe. With the community’s help and support, I know they’ll bounce back in no time.” 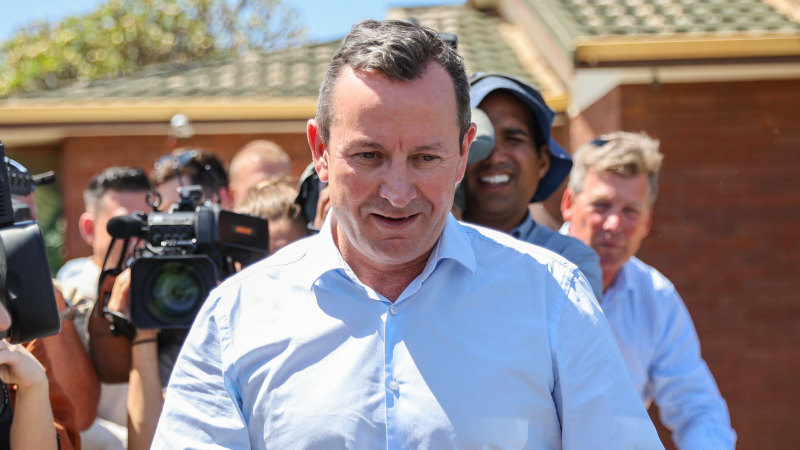 skynews– Western Australia Premier Mark McGowan is “considering” relocating his family from their home in his electorate of Rockingham after he allegedly became the victim of beheading threats.

Detectives this week revealed two men, aged 20 and 18, have been charged after allegedly phoning Mr McGowan late on Saturday night and leaving “a number of threatening messages”.

The Premier confirmed to reporters he and his family had been allegedly threatened with beheading.

“In terms of my own family, obviously it’s not pleasant. It’s not very nice and I just urge the people doing it to stop,” he said.

Stream the latest health news with Flash. Stay up to date with more than 20 global & local news sources.

While the family has no immediate plans to move houses in the wake of the alleged threats, Mr McGowan said it is something “we’re considering”.

The incident comes amid increased threats of violence to state leaders over vaccination mandates.

Protesters in Melbourne displayed fake gallows to pretend to execute Victorian Premier Daniel Andrews, while Northern Territory Chief Minister was forced to order his family to flee their home after his address was shared at an anti-vaccine rally.

Mr McGowan told reporters the alleged threats would not stop his government from encouraging vaccine uptake ahead of plans to reopen to the rest of the country.

Border restrictions will be removed within the first two months of next year when the 90 per cent double-dose target is met and showing proof of vaccination at some venues will become a requirement.

“It’s not going to change our approach, we are going to continue to work together to get West Australians vaccinated,” Mr McGowan said of the alleged threats.

“We’re going to continue with the rules we’ve put in place cause that is what is needed.

“These sorts of threats, intimidation, violence, extremism is dangerous, it’s unhelpful and it’s not going to change anything the government does.”

WA Police confirmed in a statement on Tuesday that detectives from the State Security Investigation Group have charged two men over the alleged incident on Saturday night.

“It is alleged about 10.50pm, the two men phoned the Premier and left a number of threatening messages,” the statement read.

They have been granted bail and are now subject to strict protective bail conditions.

Both men are due to appear in Armadale Magistrates Court on Friday December 17.

Last week Mr McGowan confirmed he shut his electorate office in Rockingham, south of Perth, after repeated threats of violence against himself and a number of staff members. 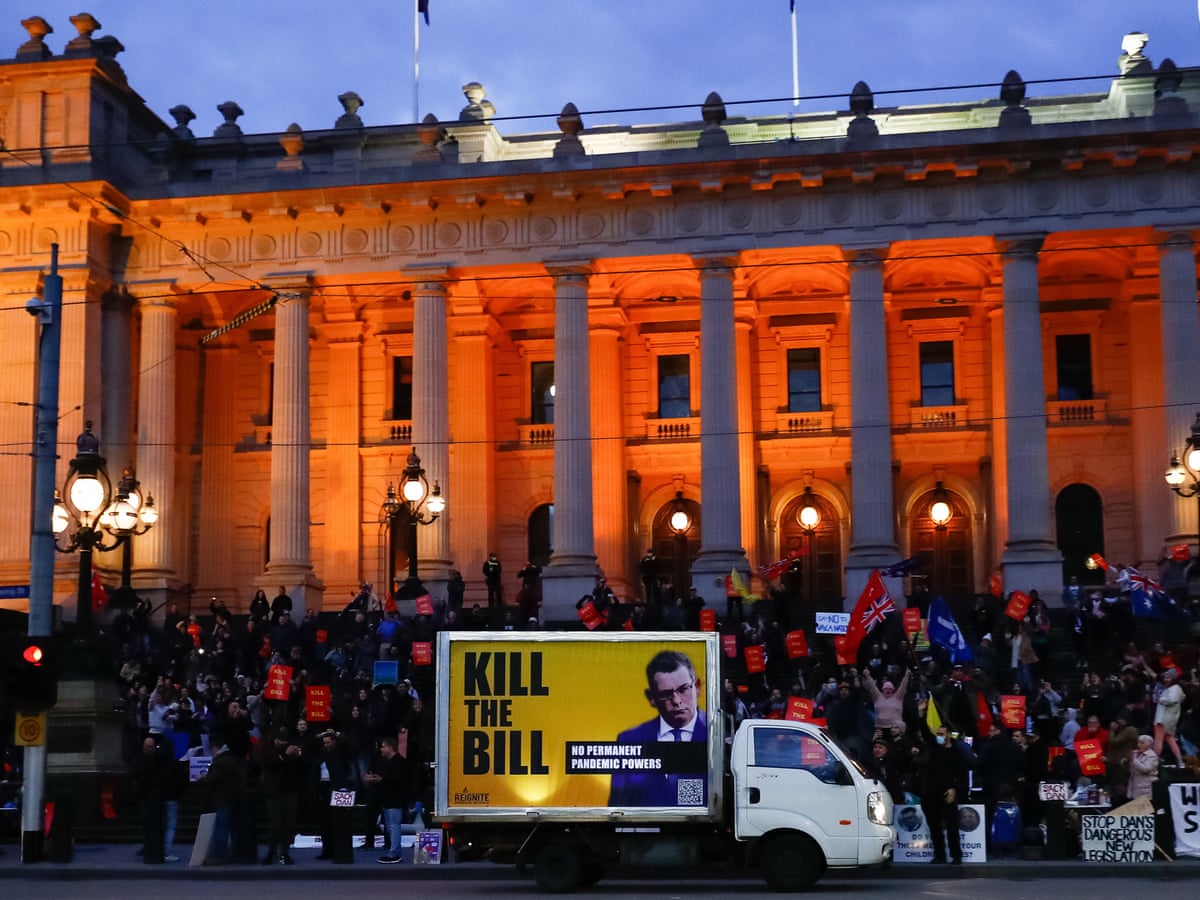 skynews– The Perrottet Government will extend the use of COVID-19 emergency powers until March 2023 after the New South Wales Health Minister pushed the proposal through Cabinet on Monday.

Cabinet approved Brad Hazzard’s proposal on Monday night which has led to backlash from some Coalition MPs, according to The Australian.

Mr Hazzard’s proposal to extend the powers comes off the back of a recommendation from Chief Health Officer Kerry Chant.

Under the state of emergency powers, the Health Minister has jurisdiction to declare Public Health Orders including restriction of movement, mask mandates, curfews and lockdowns.

The Australian has reported the Health Minister took the proposal to a party room meeting on Tuesday where multiple MPs challenged the necessity for the powers to be extended until March 2023.

It comes as NSW has surpassed the 90 per cent double dose vaccination rate, with greater freedoms being returned to fully jabbed citizens after the state hit 70 per cent and again at 80 per cent.

Greater Sydney endured more than three months of harsh lockdowns while the state boosted its vaccination rate, with the Berejiklian and Perrottet Governments linking COVID-19 jabs with greater freedoms.

The debate within Government ranks comes amid outrage in Victoria over the Andrews Government updating and changing its own emergency pandemic powers.

The Victorian Opposition Leader has argued that Victoria – which joined NSW in easing restrictions in late October – should be focussed on recovery, and the passing of the pandemic powers threatened certainty in the state.

It is understood the NSW Health Minister will address concerns with particular MPs on Tuesday in an emergency meeting.

Premier Dominic Perrottet responded to SkyNews.com.au’s request for comment and said: “Only the health provisions that need to be extended will be extended. I will be carefully considering this matter over the summer break”.