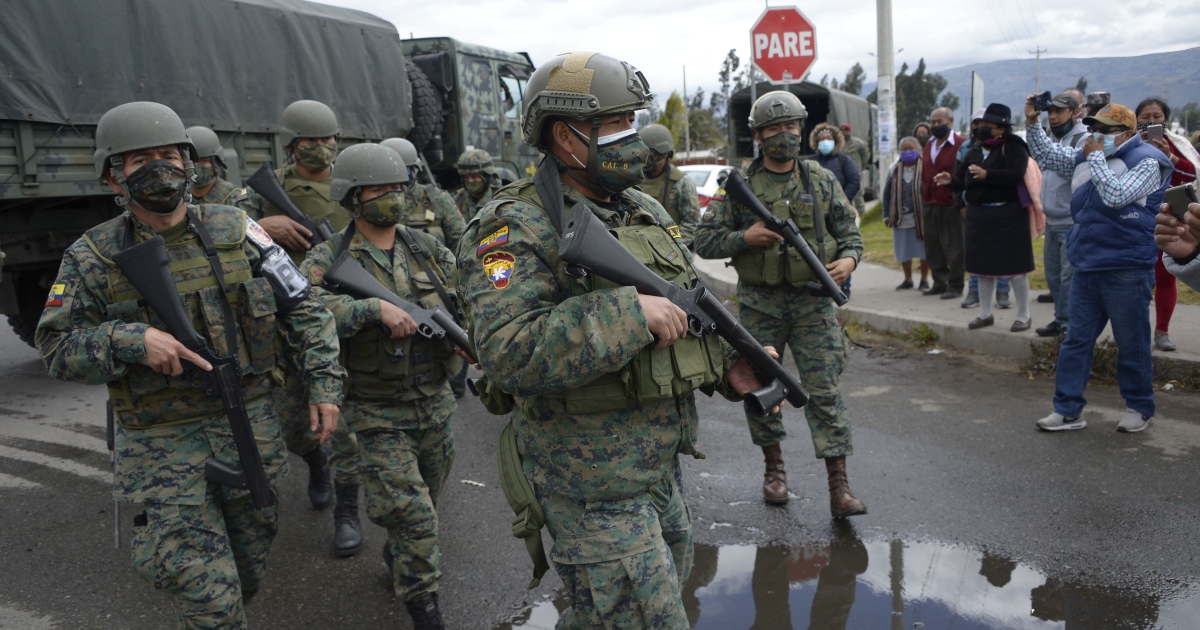 dw– Ecuador’s President Guillermo Lasso announced a 60-day state of emergency on Monday amidst a rise in violent drug crime.

“Starting immediately, our Armed Forces and police will be felt with force in the streets because we are decreeing a state of emergency throughout the national territory,” the president said on state broadcaster EcuadorTV.

The announcement came on the eve of a visit by US Secretary of State Anthony Blinken. The two will discuss questions of security, defense and trade.

What does the state of emergency entail?

With the new powers, the government will be able to mobilize 3,600 soldiers and police to patrol the country’s 65 prisons, as well as increasing street presence.

Authorities will have the power to restrict freedom of movement, assembly and association for two months in a bid to curb the growing number of homicides, home burglaries and robberies.

What problems is Ecuador facing?

Lasso pointed to the increasing role of Ecuador as a consumer of drugs rather than just a trafficking zone.

The rise in criminality “is not only reflected in the amount of drugs consumed in our country, but in the number of crimes that today have a direct or indirect relationship with the sale of narcotics,” he said.

The Andean nation is also dealing with a spate of prison riots that have left almost 240 people dead this year. The violence is often down to conflicts between rival drug gangs.

An armed insurrection at a prison in the southwestern city of Guayaquil, in the coastal province of Guayas, led to one of the biggest prison massacres in Latin American history. Members of groups linked to Mexican and Colombian cartels made a bid to take control of the prison — 119 people were killed in the fighting.

Lasso pointed out that over 70% of all violent deaths that occurred in the Guayas province were related to drug trafficking.