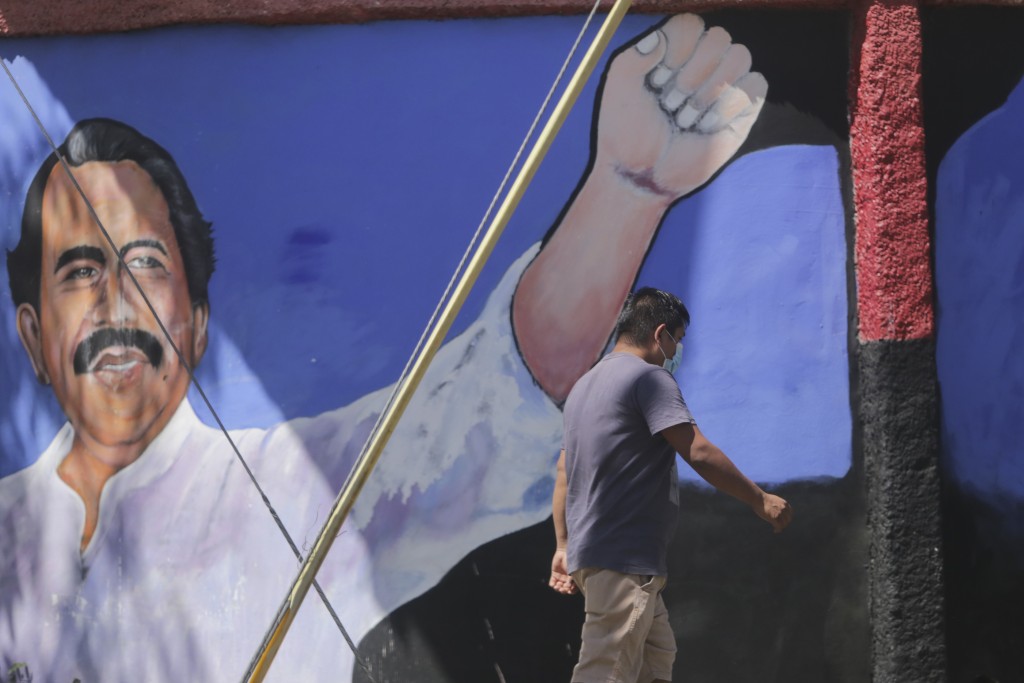 bbc– Preliminary results from the Nicaraguan general election suggest that incumbent President Daniel Ortega has won by a landslide.

With almost all the votes counted, Mr Ortega has secured close to 76% of the vote. But as the BBC’s Central America Correspondent Will Grant reports, the result hardly comes as a surprise.

As the Nicaraguan president, Daniel Ortega, stepped back from casting his ballot, his supporters lining the polling station broke into supposedly spontaneous applause.

Holding his thumb in the air to show off the voting ink, he and his wife, Vice-President Rosario Murillo, drank in the noise for the state television cameras before being whisked away in a silver Mercedes-Benz.

He might as well have declared himself the victor there and then.

This was an election in which the result was never in question. In fact, the outcome in Nicaragua was decided months before a vote was even cast or counted.

From the moment on 2 June when police appeared at the home of his main rival, Cristiana Chamorro, and placed her under house arrest for alleged money-laundering, it was clear that President Ortega would be re-elected for another five-year term.

In the following days and weeks, there was a slew of further detentions of presidential hopefuls – seven of them in total – including a former Nicaraguan ambassador to the US, Arturo Cruz Jr, and Cristiana Chamorro’s cousin, Juan Sebastián Chamorro. Even her brother, Pedro Joaquín, a journalist in his 70s, was arrested for merely voicing interest in running during an interview.

Three hours after uttering those words, the police arrived at his door too.

The clampdown has shocked Latin America for its speed and ruthlessness. Most of the detained candidates and many other Ortega critics have been charged under a controversial treason law.

Addressing the nation after voting, Mr Ortega again likened the round-up of his opponents to the trials in the United States of those who stormed the Capitol on 6 January.

“They have as much right as we do to open trials against terrorists,” he said, adding that the “immense majority of Nicaraguans voted for peace and not terrorism or war”.

Unsurprisingly, the president’s claims did not wash with the exiled Nicaraguans who turned out to protest in Costa Rica’s capital, San José. Instead they urged their compatriots to boycott the election in an effort to further delegitimise the vote.

“This is a consummate fraud, and all Nicaraguans are aware of it,” said Alexa Zamora of the National Blue-and-White Unity group, an opposition alliance.

“We’re calling on the international community not to recognise this vote and on Nicaraguan citizens still inside the country to stay away from the voting stations,” she yelled above the chanting and bullhorns.

Even before polls had closed, the White House issued the kind of statement the protesters were hoping for, calling the vote “a pantomime election that was neither free nor fair, and most certainly not democratic”.

A vote, then, with no meaningful rivals, no independent election observers or foreign media. At a Costa Rican border crossing of Peñas Blancas, several international journalists, including from the BBC, were denied permission to enter the country to cover the vote.

But while we could not get in, thousands are desperate to leave. Droves of Nicaraguans have fled the Ortega government since the crackdown began, often crossing into Costa Rica via blind spots along the jungled border.

Lionel Hernández charges the migrants a handful of dollars to make the illegal journey across his land. A Nicaraguan, Mr Hernández said he intended to cross back into the country to cast his ballot but was resigned over the outcome.

“Every country in the world has corrupt elections, even the United States. And only God can remove a king,” he shrugs.

For those who no longer want to live as subjects under the reign of Daniel Ortega and his courtiers, their options are limited. Hundreds of Nicaraguans are currently making their way through southern Mexico as part of a migrant caravan slowing heading north.

Among them is Carla – not her real name – who used to work for the Sandinista government. When she became disillusioned and tried to leave the party, she was intimidated by armed pro-Ortega radicals who turned up at her house.

“It’s getting worse and worse,” she said under a thatched roof of a temporary shelter.

“Murders are going up, there are paramilitary groups who kill people. You can hardly go out, you can’t express yourself. If you do, you’ll be killed. Everyone knows these groups are controlled by the government.”

Daniel Ortega is perhaps the last Cold War warrior. As Washington’s nemesis during the Reagan Administration, he was second only to the late Cuban leader, Fidel Castro.

Following Mr Ortega’s return to power in 2007, he has thrown off all the vestiges of his leftist guerrilla past. Behind a façade of pseudo-evangelical language, particularly from Rosario Murillo, there is an iron ruthlessness to the couple’s will to remain in power until the bitter end.

Their supporters will claim another five-year term is somehow the will of the majority of Nicaraguan people. In reality, President Ortega’s rule is increasingly repressive, autocratic and dynastic – and this controversial vote only further consolidates his control over his fiefdom.

bbc– The head of Ecuador’s prison system and the country’s armed forces chief have resigned following a fresh gang fight which left 68 inmates dead in a jail in the city of Guayaquil.

The deadly fight happened at the same prison where 119 inmates were killed in September, also in gang warfare.

It took 900 police officers to restore order after the latest incident.

The spike in prison violence has cast a shadow over the first six months in office of President Guillermo Lasso.

In a BBC interview earlier this month, President Lasso said that prison guards needed to be armed in order to be able to confront highly organised gang members.

“There is no way that prison guards who only carry batons can confront mafias which have drones and explosives,” he said.

The most recent incident happened during a 60-day state of emergency the president had declared inside the prison system.

The state of emergency means that extra funds can be allocated to fight violence inside the jails and also allows the military to assist guards and police in securing the prisons.

Despite the extra measures in place, another deadly fight broke out in the Litoral Penitentiary on Friday night.

Analysts have blamed the spike in prison homicides on the infiltration of Ecuadorean gangs by powerful transnational crime cartels.

They say that the acts of extreme violence – such as decapitations and the use of explosives – seen at Litoral Penitentiary were inspired by the tactics used by Mexican criminal organisations such as the Sinaloa and Jalisco New Generation cartels.

The local governor said that the most recent fight was triggered by the release of a gang leader which prompted members of a rival gang to try to seize control of one of the prison wings.

“As this section of the prison was without a ringleader after he had been freed by a judge, other gangs tried to surround the wing to carry out a total massacre,” Governor Pablo Arose Mena said.

According to police, the inmates were armed with guns and explosives.

Some of the relatives of those killed said that while the fight may have been triggered by gang rivalry, many of the victims were serving sentences for minor crimes and were not hardened criminals. 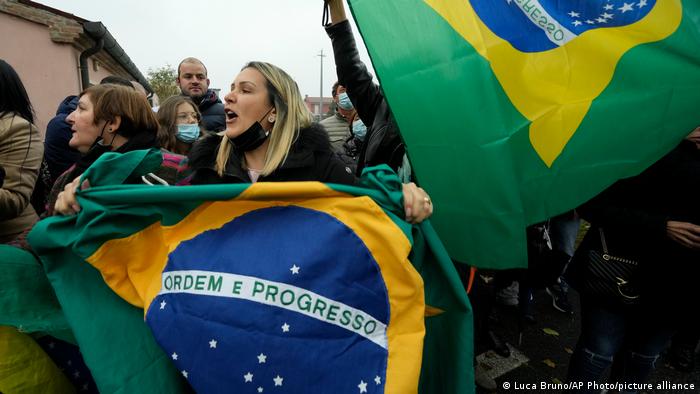 reuters– Brazilian President Jair Bolsonaro was met by jeering protesters when he visted the Italian town of Pistoia on Tuesday to pay homage to a war memorial dedicated to Brazilian soldiers killed in World War Two.

The right-wing leader, who attended the Group of 20 summit in Rome last weekend, has been criticized for increased deforestation in the Amazon under his government and for his management of the COVID-19 pandemic. His opponents also accuse him of dictatorial behaviour.

A small group of supporters welcomed Bolsonaro at the monument while about 300 people gathered in the centre of Pistoia to rally against him.

Italian rightist leader Matteo Salvini said he was sorry for the actions of the demonstrators.

“Honouring those who died should fall outside of the political debate,” Salvini said.

Groups linked to leftist parties plan to hold a separate commemoration ceremony to avoid having to share the moment with Salvini and Bolsonaro.

The Brazilian Expeditionary Force fought with Allied forces from 1944 to 1945, mostly in Italy, the only South American country to take part in World War Two. About 950 Brazilian servicemen were killed.

Clashes between police and protesters also took place on Monday in the northern city of Padua just before Bolsonaro visited the city’s Basilica, with water cannon used to break up the demonstration.

Earlier, Bolsonaro had been awarded the honorary citizenship in nearby Anguillara Veneta, the birth town of some of his ancestors.

Hundreds of sea turtles wash up dead in Mexico 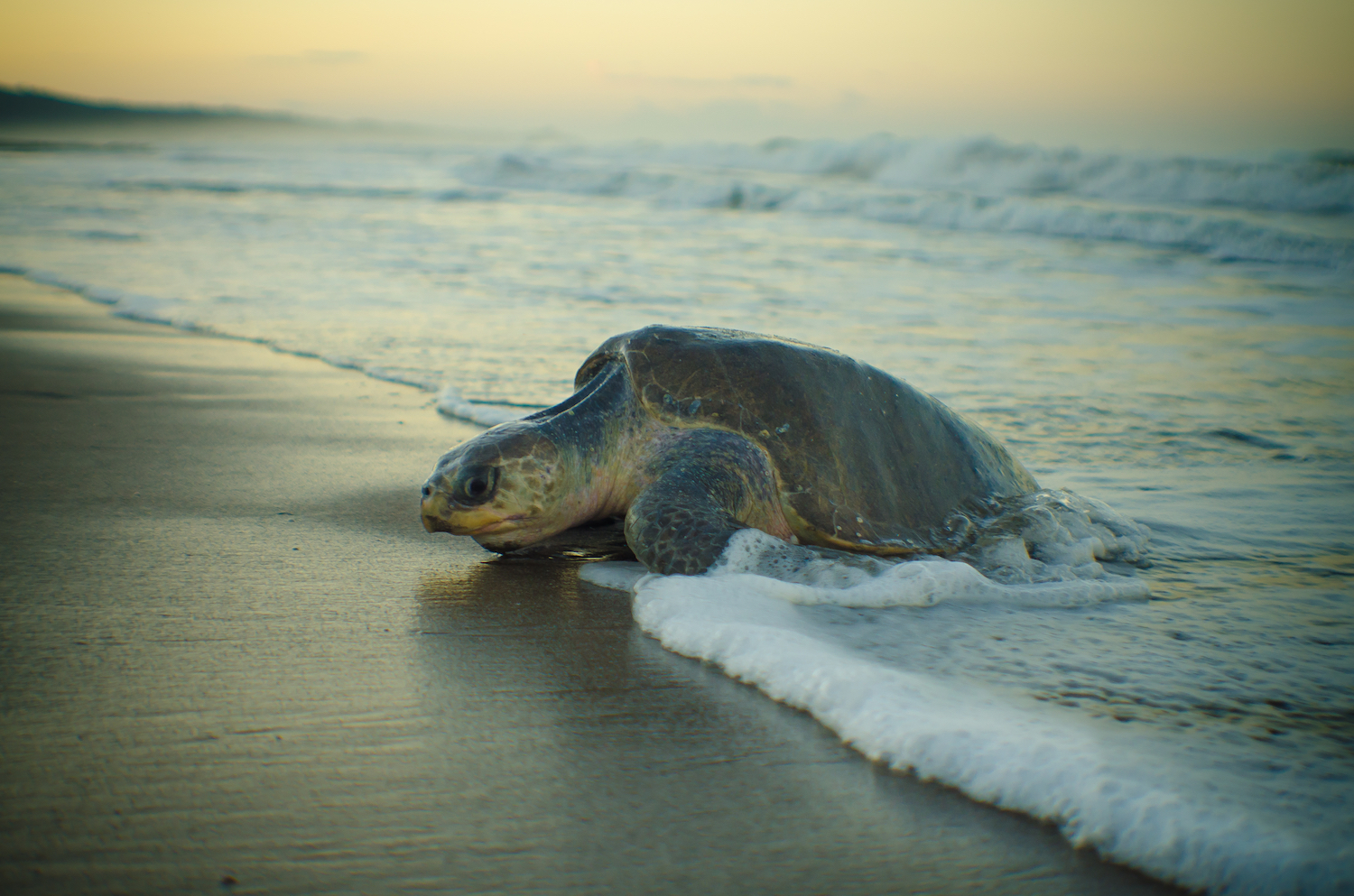 The official said they had probably become tangled in illegal fishing nets in the high seas or in abandoned nets known as “ghost nets”.

Olive ridley turtles are listed as vulnerable by the International Union for the Conservation of Nature (IUCN).

The IUCN says that their population is decreasing and that they are listed as vulnerable because they only nest in a small number of places.

The turtles were found washed up on Morro Ayuta beach in Oaxaca, on Mexico’s western coast. The beach is one of the sites where olive ridley turtles come to lay their eggs.

It is not the first time a large number of olive ridley turtles has been found dead in Oaxaca. In 2018, fishermen found 300 of them entangled in fishing nets.

Mexico banned the capture of sea turtles in 1990 and there are stiff penalties for anyone killing them.

Officials said Mexico’s navy would join environmental authorities in their investigation of the deaths.