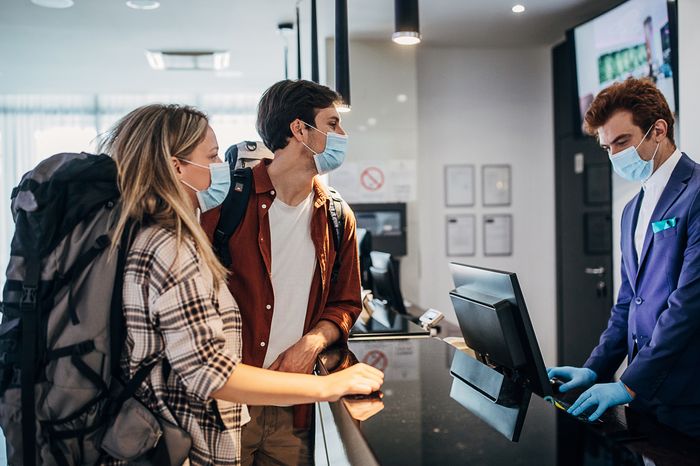 tourism- Travel and hotel stays will become more expensive worldwide over the next two years. This is one of the conclusions of the seventh annual Global Business Travel Forecast, released by CWT and the Global Business Travel Association (GBTA). The report sees rising demand, capacity constraints and travelers’ sustainability demand, as well as higher labor and energy costs, as the main reasons for rising prices, including the hotel prices.

The upturn in business travel is in full swing, says Michelle McKinney Frymire, CEO of CWT. This comes after a 31% drop in airfares for business travel, for example. Experts expect airfares to rise 3.3% in 2022 and 3.4% in 2023, according to the report.

The increase in global hotel prices is expected to be even stronger, with a price increase of 13% in 2022 and a further 10% in 2023. Nevertheless, it will still take some time in many markets before the 2019 level is reached again.

CWT Meetings & Events expects the majority of immediate meeting bookings to be small and regional in nature. Virtual and hybrid meetings played a critical role in 2021. The size of live meetings decreased in 2021 from an average of 42 attendees per meeting in 2019 and 2020 to an average of 24 attendees.

Many companies currently appear to be opting for smaller regional meetings rather than events that involve travel. However, as restrictions are lifted and pent-up demand leads to more people traveling to meetings, this is expected to change in 2022, the report said. Demand for meetings and events, it predicts, will increase 53% in the first half of 2022 compared to 2021

TRAVEL IN EUROPE TO RETURN TO PRE-PANDEMIC LEVELS IN 2024

TRAVEL IN EUROPE TO RETURN TO PRE-PANDEMIC LEVELS IN 2024

tourism– Although travel demand in Europe has revived since last summer after the chaos of the pandemic, there is still “a long way to go” to achieve similar activity levels to those prior to the pandemic. This is the main conclusion of the report of the third quarter of 2021 on ‘Trends and prospects for European tourism’ issued by the European Travel Commission (ETC), which warns that the travel volumes of 2019 will not be achieved until 2024.

Europe currently has the best travel numbers in the world thanks to having the highest vaccination rate of all continents, but this is not enough as long-distance travel have not yet recovered.

The ETC points out that European destinations already enjoyed a better-than-expected summer season thanks to the success of vaccination programmes. In addition, the creation of the European Union’s digital COVID certificate has been crucial for ensuring safe travel in Europe within the EU and helped to simplify cross-border mobility.

As a result, intra-EU travel recorded an increase and is expected to account for 85% of European international arrivals in 2021, 8% more than in 2019.

The recovery has differed between destinations. The countries that reopened their borders earlier to vaccinated travelers were the most favored in terms of travel.

As the first country to reopen to non-COVID tourists was Greece, it recorded the strongest rebound in overnight stays, although it ended up falling 19% in August when compared to 2019 and foreign arrivals were very weak (-66.6%).

Spain ended the summer with a 77% drop in international overnight stays compared to 2019, while international arrivals plummeted by 88.7%.

The situation in the Czech Republic was worse (-94%), the country experienced the steepest drop due to the strict anti-COVID measures put in place by the authorities throughout the year.

Although travel in Europe has gained terrain in 2021, there is still a long way to go as international tourist arrivals to Europe were still down 77% mid-year compared to 2019.

For the ETC, the slower vaccination rate in Eastern Europe and in some large, long distance source markets could delay the recovery.

The report also notes a notable absence of long-haul travelers. Arrivals from the US to Europe remained 90% below their 2019 levels on a third of European destinations.

The absence of Chinese tourists was also “painfully” felt across Europe with all countries recording drops of more than 90% compared to 2019.

Thus, the report forecasts that international tourist arrivals to Europe will be 60% less than in 2019 by the end of this year.

Meanwhile, many threats to travel remain: ever-changing restrictions, outbreaks, confusion over the color-coded EU travel system that is applied differently in European destinations and the adoption of different systems for accepting vaccinations.

The president of the ETC, Luís Araújo, has pointed out the importance of vaccination to recover international mobility, but calls for more measures.

“As the winter months approach, it is imperative that Europe strives to further restore freedom of movement by implementing more consistent approaches to travel within and outside the EU,” he emphasized.

WHAT NEXT? THAI TOURISM AT A CROSSROADS 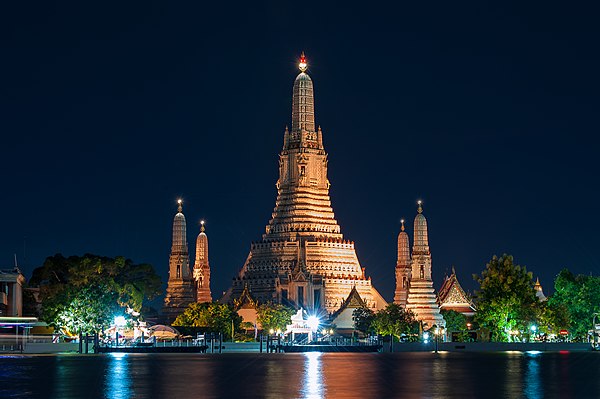 tourism– The Covid-19 pandemic is having a significant effect on the tourism industry worldwide, with the lives and businesses of millions around the world being influenced by this unprecedented crisis. However, some countries are struggling more than others, mainly because their economy relies heavily on the tourism sector. One of these countries is also Thailand, which has seen a drastic drop in visitors in the last couple of months.

However, there are some indications that better times are ahead for Thai tourism. According to Airbnb, there has been a sharp increase in searches for stays in Thailand in recent weeks since the announcement of the country’s reopening for fully vaccinated visitors from 63 countries.

The well-known rental platform elaborates that searches from international customers for stays in Thailand in the next six months have more than doubled compared to a year ago, based on the data from the penultimate week of October.

Phuket Most Popular, US Tourists Most Keen

According to the data, the popular island Phuket remains the country’s top destination for international customers, along with Bangkok, Koh Samu, Pattaya and Chiang Mai.

In the context of this reopening, Thailand’s Prime Minister announced the introduction of a “new standard of tourism”.

In response to this new vision, the Tourism Authority of Thailand (TAT) has launched a new campaign called “Amazing Thailand, Amazing New Chapters” to promote the sector next year, with emphasis on the new normal, health and safety.

In this campaign, authorities have called for a diversification of the targeted audience, suggesting that both nearby markets such as ASEAN countries, as well as long-haul markets such as the USA, Europe and Russia, should be targeted.

Moreover, the Thai government aims to create a sector with an emphasis on quality rather than quantity, thus shifting the focus of the Thai tourism sector radically. In other words, the idea is to attract a smaller number of wealthy tourists instead of millions of “low-quality” ones. However, not everyone is thrilled by this new strategy.

In fact, most of the stakeholders in the sector are against such a policy. According to their estimates, focusing on high-class tourists may bring money to luxury hotels, but it will not benefit most of the industry as well as the “average Thai citizen”.

Thus, it remains to be seen how Thai tourism will develop in the future, but what is certain is that the government will have to find a common speech with the stakeholders to return the country back among the top destinations worldwide. 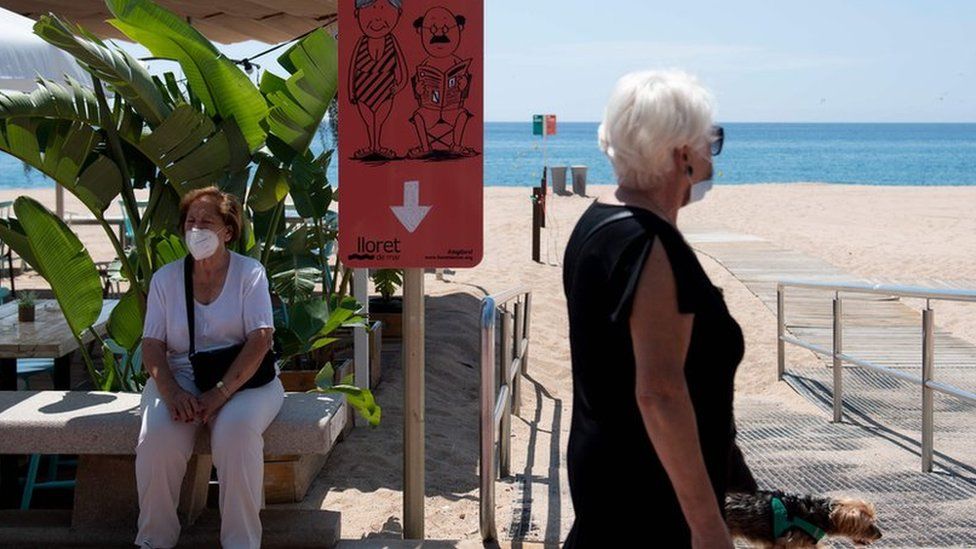 tourism– According to the latest study by the European Travel Commission (ETC), European travelers surveyed show greater confidence in planning a trip, but above all, they appear more relaxed. The desire to travel remains strong and European travelers are slowly looking towards the end of the year.

While 66% of Europeans plan to travel through March 2022, for the first time in a year, travel plans are evenly distributed over the next six months. The preferred destinations are Spain and Italy (9%), France (8%) and Greece (7%).

While pandemic restrictions are becoming the new normal, “travel-ready” Europeans are more determined to stick to their travel plans (+39% compared to the previous survey), rather than waiting or postponing.

That’s not all, while city breaks in Europe are favored, airfares for the All-Saints’ Day vacations have exploded, and national trips (32%) have decreased by 18% over the past 12 months.

While the desire to travel is back in force, one constant remains: last-minute reservations.

Only 29% of Europeans with travel plans for October or November have fully booked their trip. This figure drops even further, to 15%, among those who will travel later in 2021.

Another interesting indicator from the survey is that more than 50% of Europeans who are “ready to travel” are now more confident about flying (an increase of 13% compared to the previous survey).