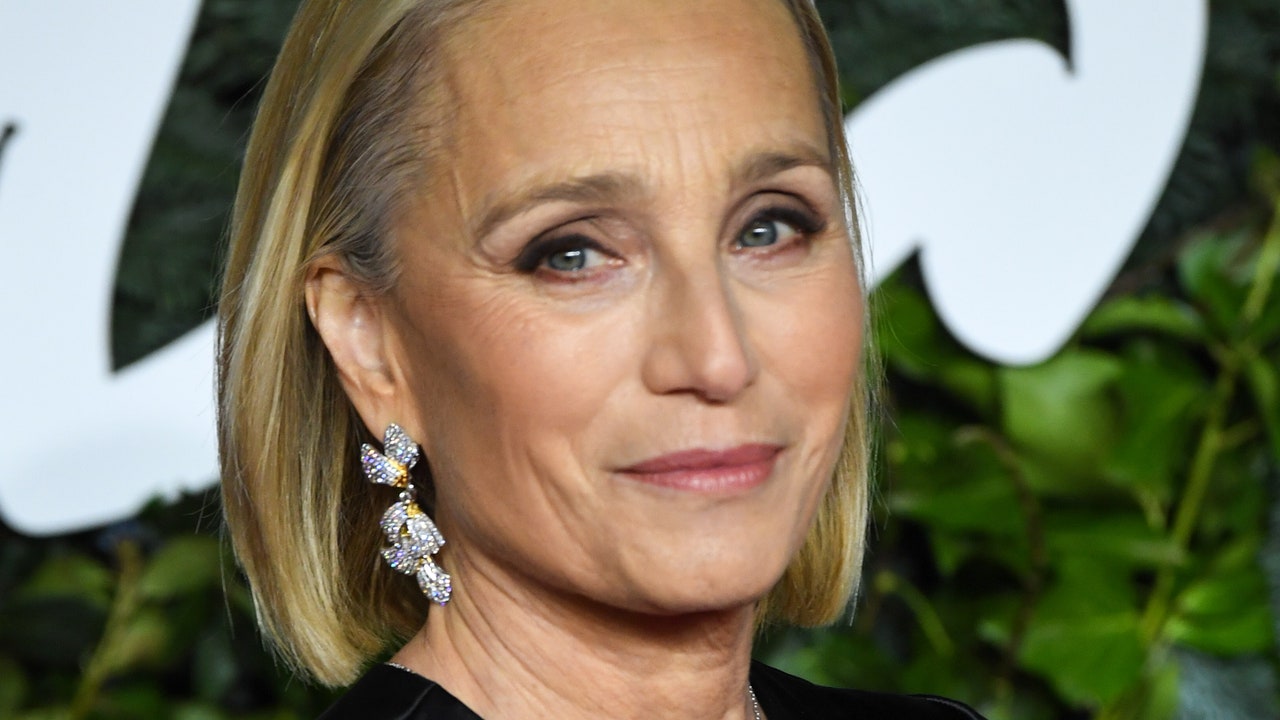 vogue– When Maria Sharapova started to think about her outfit for the British Fashion Awards, she knew she wanted something different. Though she’s known for loving understated looks from labels like Givenchy, Dior, and David Koma, Sharapova wanted her first trip to the ceremony to be a departure. “I take more chances on the red carpet than in my everyday life, but I’m also much more confident now in my 30s than I was when I was younger,” she shared on the phone from London. “The great thing about fashion is it allows us to experiment and step outside our comfort zones to try something new.” With that in mind, Sharapova sought out a look that connects to fashion’s future. Her custom Iris van Herpen gown is as striking as any of the designer’s haute couture pieces, but it comes with an eco-friendly twist. 72% of the material used comes from recycled Evian plastic bottles.

Known for using environmentally conscious materials and hi-tech processes, van Herpen’s haute couture is far from traditional. A 3D printing pioneer, she’s used the technology in her collections since 2010. More recently, she’s turned her forward-thinking sensibility towards eco-fashion by linking with non-profit Parley for the Oceans and using fabric created from upcycled marine debris for her spring 2021 couture runway. The Dutch designer’s artistry and innovative, creative process attracted Sharapova. “Once you see the pieces up close, you appreciate the level of craftsmanship and thought that goes into them,” she says. “She’s an artist. One of the reasons we all notice her work is because it’s so sculptural. All the different forms and shapes that she utilizes fit the body so well. [Before this] I hadn’t worn one of her dresses, but I’d admired her creativity for so long.”

A longtime ambassador for the French water brand Evian, Sharapova has witnessed the company’s push towards a completely circular business model. Evian’s goals connect with van Herpen’s British Fashion Awards design. Working with a new fabric meant waiting to see if it would be able to hold the intricate forms van Herpen had dreamed up. “It took some time to see if the material itself would be up to our standards, but it all turned out beautifully,” says Sharapova. “Evian has done fashion projects before—every year, they collaborate with a designer on a special bottle—but this allowed them to put creativity at the forefront while reducing waste. 28% of the material was silk, but the other 72% came from recycled plastic from bottles that weren’t up to [traditional] recycling standards, which means they would have eventually become trash.”

Van Herpen and Sharapova started discussing the look in January, and stayed in touch via email, phone, and Zoom. “We discussed the dress’s shape in great detail, and I gave feedback on what works for me.” Some changes were subtle—a slight tweak in the neckline to create a more flattering silhouette—while others, like the addition of sleeves, altered the mood of the overall look. “The dress has evolved from our initial concept,” says Sharapova. “Altogether, this took more than 750 hours of work, so there are so many little details throughout.”

Due to international travel restrictions, Sharapova was only able to see everything in person in November during a trip to Amsterdam, when she stopped by van Herpen’s studio. It was worth the wait. “Being able to see the attention to detail that everyone there put into all the dresses they were working on was so impressive,’ she says. “[Iris and I] were able to spend a few hours together, and just seeing her process was incredible. So much of the society we live in is about the future, the metaverse, and artificial intelligence. With Iris, you see that futurism and the side of fashion that is purely about work ethic.”

Of course, the beauty of van Herpen’s final creation is evident even if you’ve never peeked into her studio. Dubbed “Memesis” the piece perfectly encapsulates the oceanic themes thanks to the hundreds of reflective laser cut petals (all made from recycled bottles) stitched onto gossamer light silk. “I love the metallic effect used on the paillettes that makes them almost look like pearls,” says Sharapova. “The subtle shift in colors captures the [feeling of] waves, and the movement a body of water has.” Despite the wealth of detail, it wasn’t cumbersome to put on. “At a glance, the material might seem heavy, but once you put it on, it’s incredibly light,” says Sharapova. “I’m wearing a corset beneath—which is a first for me—because it’s so lightweight and airy. This is such a statement piece. Dressing up and being on the red carpet allows you to be playful and step out of your comfort zone, and all of that is so well represented within this dress—now I’m just excited for everyone to see it.”

Related Topics:AltogetherinternationalMaria Sharapova
Up Next

Hundreds of women protest against gender-based violence in Ivory Coast